Ghana based Nigerian Afro beats star,Mr Eazi, has emerged winner of the next rated artiste in the Headies award which held on 22nd December 2016 in Lagos, Nigeria.

He beat Ycee, Aramide, and Humblesmith to clinch the most sort after award which with an SUV. Teckno who was nominated alongside them was disqualified few days ago because he didn't participate in any of the pre-show activities.

The bankulize crooner was disqualified from the Vodafone Ghana Music Awards last year for not being Ghanaian which sparked a number of debates in the entertainment industry.

Born, Oluwatosin Oluwole Ajibade, Mr Eazi, has however gone ahead to win Afro beats artiste of the year at the Ghana Music Awards UK. 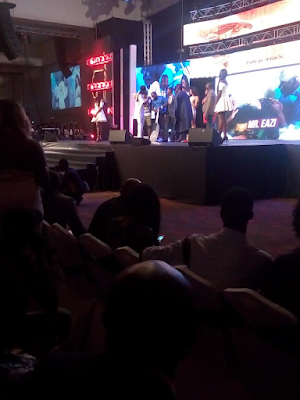