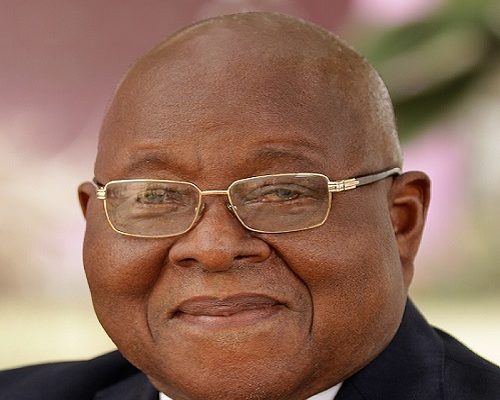 Professor Aaron Michael Oquaye, Ghana’s Speaker of Parliament has an “Ahenfie mentality” – a term I borrowed from my mentor.

That means Mr. Speaker acts as if the House is a chief’s palace where he is lord of all he surveys, a place where he should be patronised at all times.

On Wednesday, Mr. Speaker summoned the dean of the Parliamentary Press Corps (PPC) and the director of Public Affairs of Parliament to a meeting and threatened that since journalists left the press gallery to cover a press briefing by the Minority MP for Ellembele, he will deny them access to Parliament, his assumed “chief’s palace” as he told Samuel Okudzeto-Ablakwa, a Minority MP.

This is a serious matter, for, the press or news media – the so called fourth estate of the realm – cannot function effectively by sitting docile in the public gallery.

The PPC, accredited by Parliament, has access to Standing Committee and Ad Hoc Committee meetings of the House of Parliament.

It is from there that – well, if they are working hard – they should bring us the fine details of whatever documents are brought to the House for consideration.

This is why the PPC is needed.

But has the PPC itself not become an organized body of “elite” and patronizing reporters?

In ghana, a reporter getting a visa to travel with MPs is a big deal; even traveling internally with MPs is regarded as a privilege.

The PPC gets the chance to eat and sleep at expensive hotels in Akosombo, and at GIMPA, and elsewhere in Ghana, when they accompany MPs on Parliamentary duties – privileges that elude most media workers in ghana who scrape by on the minimum wage.

In short, Mr. Speaker knows the game he is playing.

There are numerous pending applications from media persons who want to join the PPC, but officially “There is no vacancy”.

The Right Honourable Aaron Michael Oquaye, revered among his old school mates the Legon Presecans (a presumed nobility or estate) who dominate Parliament – yet another estate – as beyond reproach, has once again weaponised his position.

This is not an isolated incident.

In times past, the media had space to discuss Mr. Speaker’s ruling that once Samuel Okudzeto-Ablakwa, the Minority spokesperson on Foreign Affairs, had first gone on radio to discuss his earlier trip to a Barcelona refugee camp and the plight of Mediterranean Sea migrants, the latter had forfeited his privilege of raising the matter at “the chief’s palace”, the Floor of Parliament, subsequently!

The latent meaning of what Mr. Speaker was saying is this: “I gave you the permission for the trip. We shall see about approval for funds next time”.

The Leadership of the House as per news reports, asked the MP to go and beg rather than challenge the Speaker, and he apparently did so.

Sadly the substantive matter of dangerous migration slipped out of public discourse.

Mr. Speaker heads our august house whose members grab GETFUND scholarships to taxi around Western universities without learning anything – a privilege – and the majority of who shimmy about in 4WDs around places like GIMPA; so the Speaker’s academic credentials can be intimidating.

Being an MP becomes an opportunity for further formal schooling – not education – leading to other privileges.

Mr. Speaker’s “Ahenfie Mentality” has gotten out of hand: the hot air about LGBTQ people, threatening to deny media people accreditation, are all embarrassing and sub-par.

We, therefore, offer Mr. Speaker the same solution he suggested to the 182 first-time MPs in his 7 January 2017 inaugural speech: “A comprehensive mentoring process is vital for improved performance”