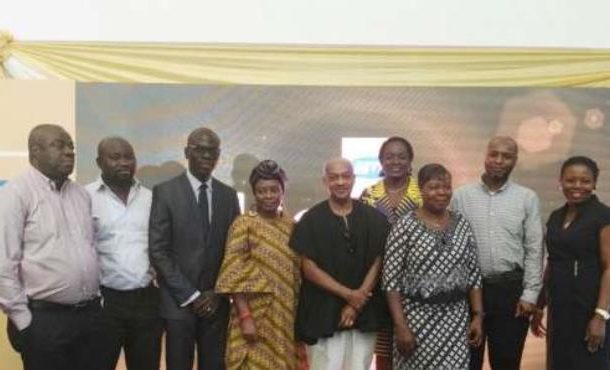 MTN Ghana Foundation as part of its Heroes of Change project has introduced two new initiatives to reward change makers in society.

The first initiative affords the public the opportunity to support the work of their favourite nominees by donating via mobile money to support their projects. This would supplement their prize money.

The Foundation has also introduced the concept of MyHero, a campaign, which would help all people to recognise individuals, who in the ordinary course of their lives, seek the well-being of others.

Mrs Cynthia Lumor, the Corporate Services Executive, made these known at the launch of MTN Heroes of Change Season III, on the theme: 'Who is Your Hero of Change' in Accra.

The categories for selection have been aligned with the key focus areas of the MTN Foundation, which are Education, Health and Economic Empowerment.

The overall winner of Heroes of change will this year receive GHâ‚µ100,000, while each of the category winners for the three focus areas will receive Ghâ‚µ20,000.

The other finalists will be given Ghâ‚µ5,000 to support their work.

The flagship project was initiated in July 2013 to recognise and reward persons who have provided significant services to their communities through personal sacrifices.

The project would be executed through a nationwide search for community heroes with the nominees being shortlisted; and a team dispatched into the communities to verify the stories.

The categories for selection have been aligned with the key focus areas of the Foundation, which are Education, Health and Economic Empowerment.

She said the Foundation decided to encourage the spirit of giving back by acknowledging and rewarding the works of ordinary people within communities.

She said this would empower people to pursue their vision and aspirations and creating awareness and support for pressing social issues that needed urgent redress.

Mrs Lumor said through the project, the Foundation had been able to extend the impact to more communities by the support, they had given to the nominees and winners in various categories.

She said the 'MyHeroes' may not be necessarily involve with big projects that impact a large number of people, but their ability to positively improve the lives of at least one person qualified them to be heroes.

'MyHero campaign will run exclusively on social media, especially on Facebook,' she added.

She commended the winners in season I and II for their efforts to transform their various communities, thus promoting national development.

Madam Pauline Opei, a trained nurse and the ultimate winner of Season II, said the prize money had helped her to expand her facility and she had extended support to more children in the community.

'I have initiated a new project in my district to reduce the high rates of teenage pregnancy among the youth,' she stated.

She urged every individual to commit to changing a life in society for national development.

The work of the selected finalists would be broadcast through a 13-week TV series.

After this, winners for various categories would be selected and recognised at a grand event.