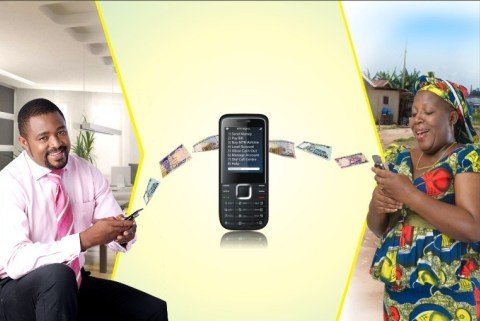 Group Head for Personal Banking at Access Bank, Stephen Abban has admitted that Ghana's drive towards a cashless society is largely hinged on the growth of Mobile Money (MoMo) rather than the growth of traditional banking sector.

He observed that MTN MoMo, which is the pioneer MoMo service in Ghana, and currently commands about 80 per cent of the market, is poised to get the country to that cashless society destination.

Mr Abban would be the second banker to have admitted that MoMo will play a leading role in the country's drive towards a cashless society; the first was former CEO of Ecobank Transnational Incorporated, Albert Essien.

It is refreshing to hear bankers openly embrace Mobile Money because, not long ago, some bankers in the country took a rather antagonistic posture against Mobile Money and that threatened to stifle the new direction the Bank of Ghana has given to the Mobile Money industry.

Stephen Abban noted that whereas there is no clear National Cashless Society Strategic Plan, there is no doubt that MoMo has what it takes to boost cashless financial transactions in the country.

"Everybody has a phone and we can leverage on that to ensure financial inclusion so that we can grow the subscriber base of mobile money and therefore boost cashless transactions," he said.

The banker admitted that MoMo is the cheapest financial inclusion tool to deploy nationwide, saying that it is cheaper that opening bank branches because even MoMo merchants are banks.

He therefore proposed that telcos should start integrating MoMo registration into the initial registration of every SIM card, so that customer would not have to do a separate registration for MoMo wallets.

"Why is it not possible for us to have Mobile Money scratch cards, such that one can buy a scratch card and be given an option wether to load it into his mobile wallet or load it as air time," he asking, saying that it will cut the queues at MoMo merchant shops and encourage usage.

Abban also proposed that banks could also offer MoMo as a default product by linking every new account opened with the customer's mobile wallet.

Some banks have intelligent ATMs which allow cash deposits, and Abban thinks "it should be possible for customers to make deposits directly into their mobile wallets at the ATM."

Abban believes that with a clear National Cashless Society Strategic Plan in place,  MoMo will be the "white horse" that will lead the country to the promise land.

Buddy Buruku is Country Manager for the Consultative Group to Assist the Poor (CGAP) Ghana, and she noted that are over 16.4 million registered mobile wallets in Ghana, but only seven of them are active, which leaves a huge usage gap.

"Sixty-five (65) per cent of mobile phone lines in the country are mobile wallets but the penetration is only 20 per cent," she said.

Buruku also noted that Ghana has a 36 per cent banked population and all the prerequisite conditions for MoMo penetration to reach its peak but penetration is low compared with other jurisdictions where MoMo is key.

She believes the right regulatory framework, massive public education and effective collaboration between banks and telcos will get Ghana to the levels that Kenya's MPesa has gotten.

"It is not true that MoMo is a threat to traditional banking because the reality on the ground is that the growth of MoMo has rather led to increase in bank accounts," she said.

General Manager of MTN Mobile Financial Service, Eli Hini noted that since the introduction of the new Dedicated Electronic Money Issuers (DEMI) Guidelines, all telcos have gone through the process to get their license, but the regulator, Bank of Ghana, has still not issued a single license yet.

All the four MoMo services have become separated subsidiary limited liability companies of their respective telcos and MTN has even gone ahead to obtain an ISO/IEC2700 certification but BOG is yet to issue them with licenses as per the new regulation.

He also noted that since the new guidelines created the opportunity for mobile wallet holders to be paid interests on moneys in their mobile wallets, the BOG has still not given approval for the payment of interest to start.

Eli Hini believes regulation has a key role to play in facilitating the guided growth of MoMo, but it could also stifle the growth process.

Eli Hini mentioned at least 12 services on MTN MoMo, which included airtime purchase, money transfers, international remittances and a host of payment services, adding that soon the platform will make it possible for users to make investments with their MoMo wallets.

He listed some of the services expected on MoMo as savings and loans, insurance, advanced payments, government and statutory payments as well as investments like treasure bills.

Eli Hini is confident that MoMo is a perfect solution to prevent money laundering and terrorist funding due to the traceability of sources of funds and other security features, adding that it also cuts down on the country's expenses in currency printing.

Deputy Head of Payment Systems at BOG, Clarisa Kudorwor emphasized the need for interoperability in the MoMo ecosystem to enable transaction between wallets across networks.

"We think there must be an interbank conduit to enable cross transactions between wallets on different networks but we need to understand the industry a bit better in order to come out with regulations that can work and make this possible," she said.

She also believes interoperability would help merchants to have integrated point of sale (POS) machines to facilitate electronic wallet transactions, instead of having POS machines for each platform.

Clarisa Kudorwor also noted that by December 2015, MoMo nationwide accounted for more almost  GH¢548million, which was equivalent to US$143.44million, and by June 2016 it has grown to over GHC679million, equivalent to US$172million.

"The growth has overwhelmed everyone and we can only expect it to grow even further," she said.

She however noted that the BOG is concerned about the risk posed by the lack of a common National ID, adding that, once that is fixed, it will give a big boost to public confidence in MoMo.

MTN is still celebrating the MoMo month with various activities and giveaways such as 100 per cent bonus on every airtime purchases with MTN MoMo and a discount on service charges.