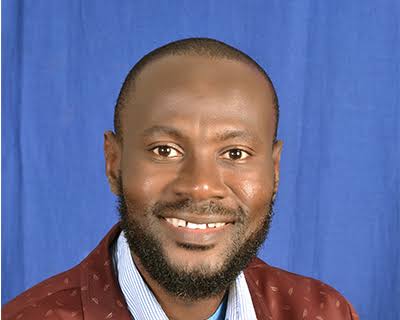 According to Wikipedia, “Genetics is the study of genes and tries to explain what they are and how they work. Genes are how living organisms inherit features or traits from their ancestors; for example, children usually look like their parents because they have inherited their parents' genes.

This scientific phenomenon has become relevant to this preview of the Hearts of Oak – Jeunesse Sportive Saoura clash because of a pattern of Algerian club successes over Ghanaian opponents that seems to suggest that the North Africans have inherited the art of doing just that from previous exploits. Algerian sides have eliminated their Ghanaian opponents 14 times out of 15 encounters in African club football. Incidentally, the last two victories by the North Africans were against clubs from the Bono Region.

In the last encounter, Aduana FC were hammered 4-0 in Algiers after the Ghanaian Champions gleaned a measly 1-0 result from the home leg against Entente Sportive de Setif. Only a year earlier (2017), Aduana’s Bono Region neighbours, Bechem United, were thumped 4-1 by MC Alger in a first-round CAF Confederation Cup second leg encounter. The trouncing in Algiers overturned a paltry 2-1 first leg advantage for the Ghanaian side and underlined an overwhelming Algerian clubs’ stranglehold on Ghana.

Accra Hearts of Oak are credited with the sole Ghanaian success in the above statistics. However, even the Rainbow Club has an overall record of two loses and one win against Algerian opponents. As the Ghanaian club faces J.S Saoura in the play-off for entry into the group phase of the CAF Confederations Cup, these statistics will play a major psychological role for both sides. The Algerians will obviously be buoyed by the records, while the Ghanaians might either be inhibited by it or encouraged by their reputation as the only side from Ghana to eliminate an Algerian opponent.

In the first ever club encounter between the two nations in 1980, Secondi Eleven Wise were held 1–1 at home by NA Hussein Dey in the Cup Winners Cup, with the Algerians romping to a 4-1 home win.

After Hearts of Oak avenged Eleven Wise’s loss two years later with a 3-2 aggregate victory over USKA, also in the Cup Winners, it has been a walk-over for the Algerians.

In 1990, Kotoko took a slim 1-0 first leg advantage to Algiers to face JSK at the semi-final stage Champions League, only to concede two. An injury time JSK goal bundled Kotoko out of the competition.

In 1993, the flattering distinction of being the only Ghanaian side to beat an Algerian club in Africa did not avail much for Hearts of Oak. In a second round clash in the defunct CAF Cup, Hearts laboured to a 3-2 home win in Kumasi against Algerian part-timers, USM Harrach. With a couple of minutes to full time and the score at 2-2 in the second leg, the Algerians struck to send the game into penalties and went on to win on penalties.

The Ghanaian misery continued in 1995 in a Cup Winners Cup quarter final showdown. By the 35th minute, a brace by Thomas Quaye, both from the spot, had given Accra Hearts of Oak a 2-0 lead in Accra after a 3-1 loss to JSK in Algiers a fortnight earlier. The Ghanaians only needed to hold on to go through on the away-goal rule. However, even with ten men as a result of a red-card sanction, the visitors managed to silence the packed Accra Sports stadium with a screamer from 35 yards some 15 minutes to end the game.

In the 1997 edition of the defunct CAF Cup competition, Kumasi Asante Kotoko was paired in the preliminary round against an “unknown quantity” from Algeria by name USM Ein Beida in what was thought to be a walk-over for the Ghanaian giants. But Ein Beida cheekily held Kotoko to a 1-1 stalemate in Kumasi before romping to a 3-1 win in the second leg back on the desert.

In 1998, Ghana’s Ghapoha FC were baptised 0-1 at home by USM Alger with the Algerian side sealing the tie with a 2-0 win in the second leg.

In 2004, Kotoko’s African CAF Champions League campaign was ended by USMA of Algeria. After either side had won the home leg 2-0, the Ghanaians lost their nerves during the penalty shoot-outs, managing to convert just one kick against four by the North African visitors.

In 2008, Ashgold of Ghana succumbed to a 3-0 hiding by JSK of Algeria in a CAF Champions League second preliminary round encounter. The Ghanaians subsequently limped to a goalless draw in the home leg at Obuasi, with their star player Mubarak Wakaso blowing away a penalty.

In 2013, another unknown Algerian side, Mouloudia Olympique Bejaia kicked Kotoko out of the Champions league. The cheeky visitors put Kumasi to early sleep with a 1-1 draw to advance on away goal after the sleeping continental giants had come away with a goalless draw in the first leg.

In 2015, Ghana again crumbled before Algeria in continental club football. Algerian flyweights, MC Eulma, descended on Kumasi and posted a 2-1 win over Kumasi Asante Kotoko, after a goalless first leg in Algeria.

So absolute is the Algerian voodoo that a year after MC Eulma edged out Kotoko, and three years after Mouloudia Olympique Bejaia had done same to the two-times African Champions, Bejaia returned to haunt Ghana football. The Algerian bantamweights eliminated Ashgold in the preliminary stage of the 2016 Champions League, and eventually descended to the Confederation Cup to torment Medeama FC. In a group tie that was to decide a semi-final spot, the Algerians defended grimly to earn a goalless draw at Tarkwa before ending the Ghanaians’ ambitions with a 1-0 victory at home.

It is against this background and a floundering domestic form that Accra Hearts of Oak have been summoned to defend Ghana’s football honour against J.S Saoura. It is a tough call for the Phobians who also have a nondescript record against North Africans generally. Hearts of Oak’s elimination of USKA of Algeria in the 1982 African Cup Winner Cup was followed by a semi-final heartache in that competition. The Ghanaian representatives drew 1-1 away to Arab Contractors only to lose 1-2 to the Egyptians in Accra.

That nightmare went on to haunt the Phobians for 19 years. Within those years, Hearts appeared to have no answers to the North African puzzle, getting eliminated by Tunisia’s Club Africain in 1990; El Harrach and J.S Kabily of Algeria (1993, 1995 respectively); Etoile du Sahel of Tunisia (1997). Curiously, only the Arab clubs outshone the Phobians during their Champions League group matches in 1998 and 1999. Hearts of Oak’s 3-2 aggregate win over El-Ahly on the way to winning the Champions League in the year 2000 actually broke a 19-year jinx.

On the other hand, the Ghanaian giants were the monarchs of all they surveyed in sub-Sahara Africa within that period. Only three non-Arab clubs out of over twenty managed to eliminate Hearts of Oak or have a better head-to-head record against the 21 times Champions of Ghana in all African competitions. These were US Goree (Senegal, 1985), Nkana Red Devils (Zambia, 1986) Petro Atletico (Angola 1991).

Clearly, Hearts of Oak’s battle against Algeria’s J.S Saoura is arduous on the evidence of the above narrative. The Ghanaians must dig deep into their rich continental repertoire and be mentally tough to overcome the challenge. They have beaten an Algerian side before, and so they must believe themselves capable of repeating it. The Phobians have beaten Zamalek of Egypt; they have also won and lost matches against Tunisia’s Etoile du Sahel and Esperance since breaking the North Africa jinx in 2000. Though they lost massively against WAC of Morocco in their last match, and their previous African campaign in 2015 ended in a 5-1 aggregate loss to Esperance, the Ghanaians must draw inspiration from their past successes.

However, they need to be disciplined technically and tactically. Crucially, the home fans must roar 90 minutes for their team and be patient when things get tough. It is a difficult game, no doubt.  But it is not beyond the magic of the Phobians.

Story by Former PRO of Accra Hearts of Oak