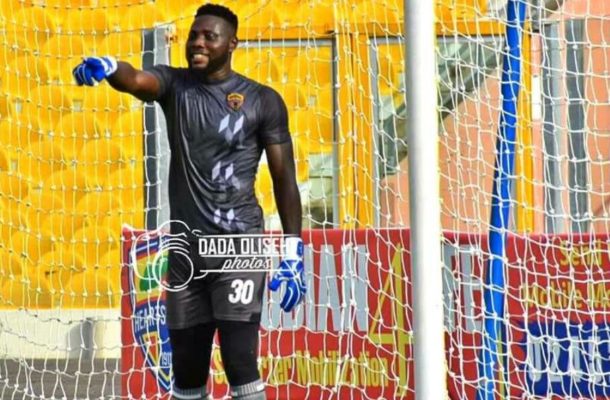 Accra Hearts of Oak goalkeeper Richard Attah is over the moon after earning his maiden call-up into the national team.

The bulky shot-stopper has revealed that earning a spot in the Black is a dream come through.

Speaking to Richmond K Entsie of Tru 92.5fm the former Elmina Sharks goalkeeper said "it is a dream come through, it's something I worked for and it has finally materialized".

He further revealed that the likes of Eric ofori Antwi of Medeama and Felix Annan of Kotoko are equally good and have been with the national team and I believe it's now my time.

In concluding,the Hearts of Oak player of the month of February said "I am ever ready to deliver should I be given the opportunity to start in the game against Sudan".