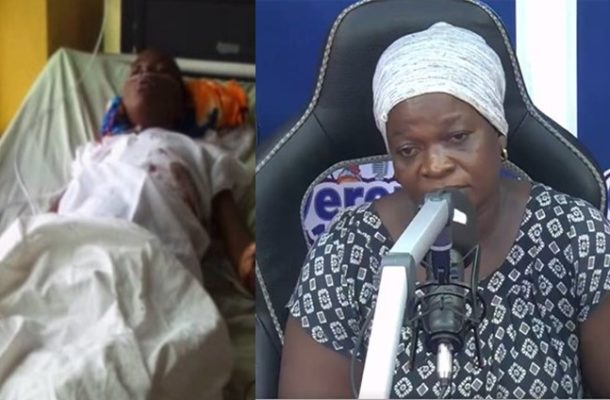 Madame Alberta has sadly disclosed that her 22-year-old daughter, Ataa Panin is battling for her life after a Pastor, called Osofo Yaw gave her medicine to terminate her pregnancy.

“Osofo Yaw impregnated my daughter and gave her medicine to abort the pregnancy." She narrated.

She declared further that, the drugs have spoilt her daughter's kidneys and now she is on the verge of dying.

“My daughter's kidneys have been damaged as a result of the drug intake”. Alberta disclosed.