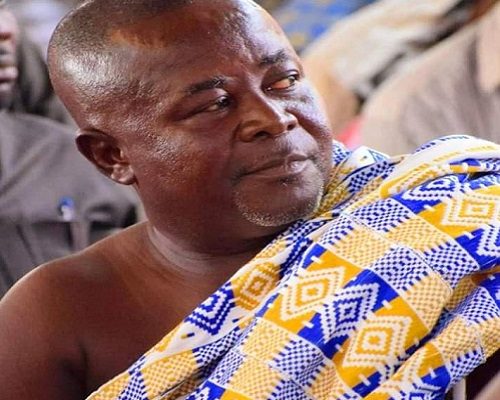 Mrs. Janet Mensah, wife of the deceased Presiding Member of the Lower Manya Krobo Municipal Assembly, Mr. Benjamin Awuley Mensah, is out with a new twist as to what triggered the death of her husband.

According to her, her husband took ill on Thursday, July 8, 2021, a day after he received his second dose of the coronavirus vaccine.

Speaking exclusively to Asuogyaman FM's Opambour Jaman Dehyee, Mrs. Mensah said although her husband suffered BP and diabetes, she is convinced the vaccination is what triggered his death, adding that, he showed some side effects of the vaccine.

"The next day, he was showing some side effects of the vaccination including feeling dizzy. It started like malaria so we treated him for malaria till Saturday.

"At this point, I realize he could rarely speak, so on Sunday I took him to the Atua hospital

"While at the facility, the doctor examined him and reported that his BP had risen higher. He managed it until it became normal

"He still couldn't talk properly so we were referred to the 37 Military Hospital. When we got there, they also ran a lot of tests on him but he didn't survive and died in the process," she narrated.

Asked to defend her claims of linking her husband's death to the COVID-19 vaccine, she alleged: "He was feeling so well until he received a call to get the second dose. It all started after taking the vaccine, he felt dizzy."

The late Benjamin Awuley Mensah died on Sunday, July 11, 2021, at the 37 Military Hospital in the capital Accra.

The Municipal Chief Executive (MCE) for Lower Manya Krobo, Simon Tetteh, who confirmed the incident to Ghanaguardian.com Sunday evening said, he received the news of his PM's passing with shock.

He added that the entire Odumase Krobo residents were devastated following the death of a man who made the development of the area his top-notch priority.

Eulogizing the late PM, the MCE said he was the Development Instructor for the LMK Assembly and contributed meaningfully to the growth of the Municipality.