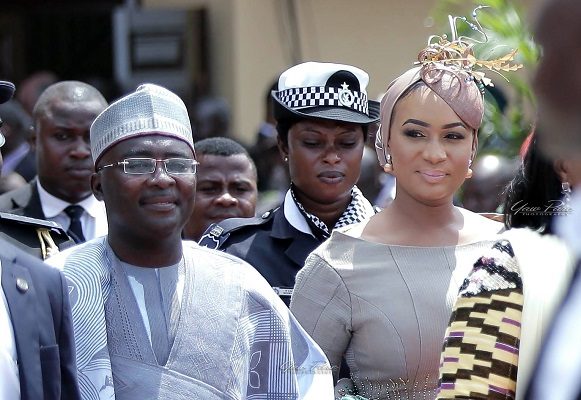 Second lady of Ghana, Mrs. Samira Bawumia has stated that her husband, Vice-President Dr Mahamudu Bawumia, has been misquoted by members of the opposition National Democratic Congress (NDC) on his stance on borrowing.According to Mrs Bawumia, her husband never said the then-opposition New Patriotic Party (NPP) will not borrow when in government, as, she claims has been reported for propaganda purposes.Government recently successfully sold $2 billion worth of dual-tranche Eurobonds with 10- and 30-year maturities.Speaking on Accra-based Citi FM on Wednesday, 16 May 2018, Mrs Bawumia noted that her husband has been misquoted.In her attempt to set the records straight, she said: “He [Bawumia] is being mischievously misquoted or taking out of context. He never said do not borrow, never did he say do not borrow. What he said was responsible borrowing and borrowing that is sustainable, so, it is in those contexts … That was his position.“It’s about responsible borrowing and in a sustainable way. We are paying for debt and we were borrowing at rates that were not the best, so, it was the issue relating to the borrowing, it’s not the borrowing itself, but issues relating to the borrowing that he was addressing and how sustainable it was in terms of the rate at which we were growing and how we were going to repay those debts…”Meanwhile, Dr Bawumia’s office, in reaction to a comment made earlier by Deputy Minority Leader, James Klutse Avedzi that he had made a U-turn on his stance, denied Dr Bawumia ever made such statement.