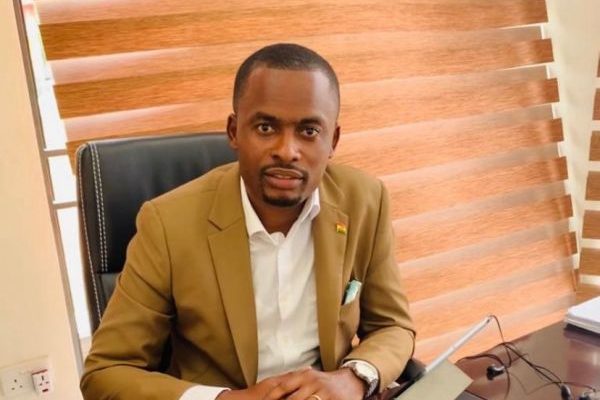 On the 7th of October 2008, I landed in Lagos, Nigeria. I had the privilege to be a keynote speaker at a business conference in Port Harcourt, Nigeria organized by my Nigerian brother Walter Chuku.

I arrived in Lagos at dawn, excited but very tired after more than twelve (12) hours on the road from a journey that started in Tudu, through Aflao, Lome and Cotonou and finally Lagos.

My First Big Impression about Lagos:

On my way to Murtala Muhammed International Airport, to catch a flight to Port Harcourt, I was caught in the “famous” Lagos traffic and this enabled me to enjoy the bustling business atmosphere Lagos provided.
What struck me, whilst in the heavy Lagos traffic were two (2) impressive vehicle assembly plants.

Peugeot and VW assembly plants which were by the main Lagos high street struck me and I took notice.
Suddenly, I began to spot the number of Peugeot and VW cars on the street of Lagos.

The majority of the cars on the road, upon close observation, were either VW or Peugeot.
I understood that the presence of the two (2) global car assembly companies made the cars cheaper to buy than import into Lagos.

Interestingly the commercial car I boarded happened to be the popular Lagos VW yellow “trotro” car.

I began to figure out whether if we had any car assembly plants in Ghana.

This struck me and made me question why Ghana couldn’t assemble it’s cars for local and continental exports like Nigeria was doing.

Fast forward to 2021, Ghana is fast becoming the automobile center on the continent.

Thanks to Alan Kyerematen, the major automobile companies are all queuing to establish their headquarters in Ghana.

Nigeria used to be the preferred destination for foreign investors in West Africa, but now the narrative is changing and Ghana has now overtaken its neighbour.

In August 2019, in Tokyo the Nigerian President Muhamudu Buhari in a meeting with Toyota’s CEO, asked the company to establish a plant in Nigeria.

On Tuesday 29th June 2021, Toyota and Suzuki opened its first vehicle assembly plant in West Africa in Ghana. The reason was simple. Ghana was more prepared than Nigeria.

The comprehensive Ghana Automotive Development Policy, a brainchild of Alan Kyerematen is the answer to the reason why these global vehicle companies all want to produce in Ghana and not Nigeria.

The first Volkswagen locally assembled car in Ghana was ready in June 2020.

The Benefits of Automotive Industry:

Ghana currently spends billions of dollars importing second-hand cars into the country which negatively affects the value of the cedi.

Thousands of high skilled jobs will be created with the global assembly plants headquartered in Ghana.

Alan’s leadership of Ghana’s current industrial revolution will lead to the reduction of the importation second-hand cars and rather lead to the export of “Made in Ghana” cars to other African markets.

Alan has led the implementation and also setting up of AfCFTA headquarters in Accra, another major reason for these global vehicle manufacturers to choose Accra and not Lagos.

On Thursday, 20th September it was announced by the deputy Minister of Trade, Okyere Baafi, that Peugeot will be setting up a vehicle assembly plant in Ghana in the next few months.

Ghana now has a burgeoning automotive industry that is ready to create high-skilled jobs for many Ghanaians in the various assembly plants and also through the manufacturing of car components and parts.
I’m proud Ghana is finally making cars and is ready to export to other African countries under the AfCFTA agreement.