Mzbel ‘in trouble’ over her father's funeral 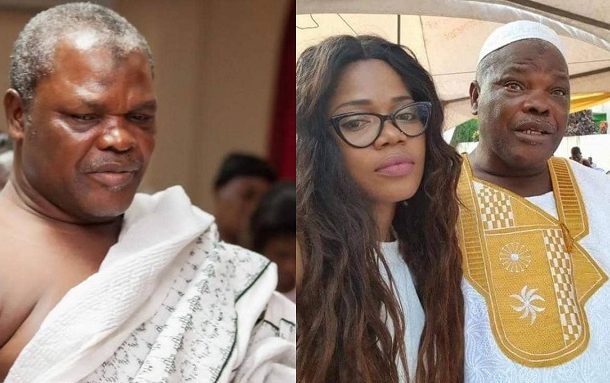 Mzbel has planned to organize a gargantuan funeral for her late father despite his Islam background but her plans have been objected to by Hajia Mussybaby MJ Adams, stalwart of the National Democratic Congress (NDC)

Mzbel in a post on her Facebook page confirmed she has had the green light from her uncle, Nana Asare Oky3hen Yeboah I, who happens to be the Apagyehene of Ekumfi Nanabin Twidan Royal Family, to organize a one-week observation for her late father.

“My Uncle has spoken! He is my daddy's direct back born! Maame Ekua Bentuma Amoah. You are a princess. Your Uncle is Nana Asare Oky3hen Yeboah I, Apagyehene, and Nana of Ekumfi Nanabin Twidan Royal Family. We will have a huge funeral back home in Ghana and here in Manchester! With my permission, you can go ahead with the one-week observation!” she wrote.


However, in a letter written to Mzbel, Hajia Mussybaby MJ Adams cautioned the former to organize no such funerals in his father's honour. According to her, it is against the will of her father and the best gift she [Mzbel] can give to her father is to obey his orders.

“Dear MzbeL there's no better Gift a daughter can give her father than obeying he's order. Thus no funeral, 3 days, 1 week or whatsoever. Honour ur father's will and u will be blessed. Don't try and go against he's will as people are ordering you to,” she cautioned.

She went ahead to say that if Mzbel will go by the wishes of her father, there's a rewarded awaiting her but if she wants to please the world and reject her father's will, that's her own business.

“Kindly do as he says and you will be rewarded, but if u wish to please the world and reject ur father's will, that's ur business,” she wrote adding “May Allah continue to forgive, have mercy and grant Mr Amoah Aljannah”.

Hajia Mussybaby MJ Adams told Mzbel to be thankful that she had a father who served Allah and died His way. She told also directed her to donate the proceeds from her late father's funeral to a hospital or use it to build a well for a community.

“To have a prominent man who served Allah and died in the way of Allah is something to be Thankful for. Use the money for the funeral to build a well for a community, or donate to the hospital in he's name so that the deeds be light in he's grave. Allah ye jikan Marugaye,” she added.

In response, Mzbel said she was “lost and confused” since her family wants to organize a funeral to honour her father. She, therefore, asked Hajia Mussybaby MJ Adams to reach out to her family with the suggestions she raised.

“Hajia at this point I'm lost and confused! my Uncle in Manchester, Nana Asare Oky3hen Yeboah I Apagyehene, Nana of Ekumfi Nanabin Twidan Royal Family. Again the Chief of the Mfanteman Association of the Greater Manchester UK. Wants us to honor my Dad with a funeral... please reach out to him,” she responded.