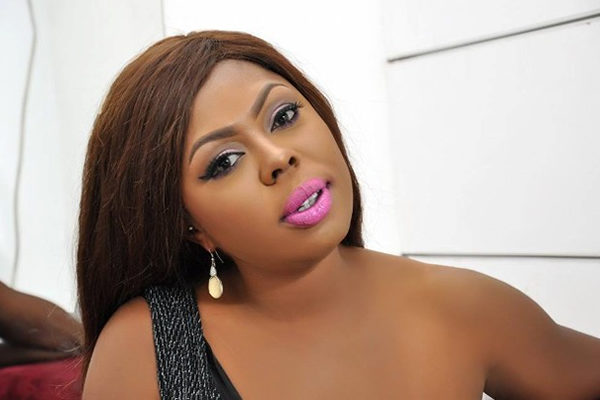 Afia Schwarzenegger who particularly called out the National Organizer of the party, Kofi Adams who she described as 'insensitive' and an 'animal' said Mr. Adams called Mzbel who was in her sick bed to accompany him to the funeral of late veteran actor, Super OD.

The popular comedienne who took to her talk show, “Political Police”, to slam the party accused the NDC of being more interested in scoring cheap political points than taking care of its members.

According to her, the death of Ebony was an example, as members of the opposition trooped to the house of the late singer and subsequently the one-week memorial ceremony held, with gifts and financial support.

“Since Mzbel got involved in that accident, no one from the NDC has visited her. What I even heard was that Kofi Adams called her and asked her to accompany him to the funeral of Super OD. If you are not an animal, will you pick up a phone and call someone with a broken neck and leg to escort you to a funeral when you haven’t even been to her house to wish her well?

“Was Ebony a member of the NDC, what did she do for the party? But when she died, the former chief of staff and John Dumelo were at her house. So why? Does the party have any issue with Mzbel? If Mzbel had died, I am sure former president John Dramani Mahama would have gone for her child to take a picture with so we know how sympathetic he is. You show love to someone when the person is alive not when the person is dead,” she added.

The outspoken presenter also used her platform to applaud the Deputy Health Minister Tina Mensah and Madam Gifty Oware-Aboagye for visiting Mzbel who she claims is a dear friend. She warned the party to be more connected to its people, as the incident spoke ill of them and will discourage some sympathizers from campaigning for the party in the next elections.

“We have a saying that a friend in need is a friend indeed. We are about to start campaign again, and we know the NDC will need people, let’s wait and see who will support them. As for me, they should count me out. You will definitely need people, but you have already ignored all those who supported you. You rather decided to attend the funeral of Super OD just to gain political points,” Afia noted.