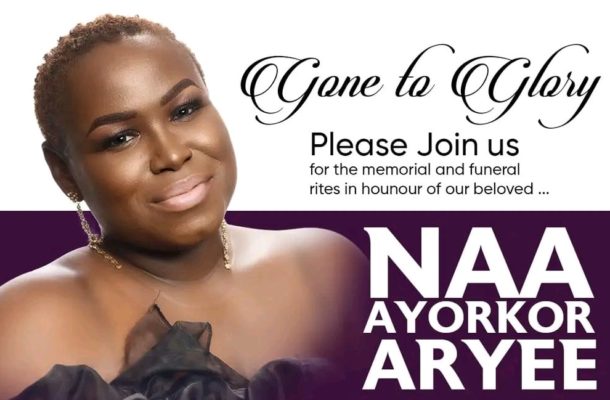 The date for the burial and final funeral rites of the late Empire FM's broadcaster, Naa Ayorkor, has been announced.

The funeral arrangements captured on a flyer sighted by Ghanaguardian.com said her burial service would be held at the International Central Gospel Church (ICGC) Watered Garden Temple, Fijai, Takoradi, on Saturday, July 2, 2022, at 8am.

This will be followed by a family gathering at the forecourt of the Ghana Institute of Management and Public Administration (GIMPA), Windy Ridge, at 12pm.

Thanksgiving is at 12noon on Sunday, July 3, at the ICGC Watered Garden Temple, Fijai.

Dress code for the late Ayorkor's funeral is black and red.

Born Naa Ayorkor Aryee and affectionately called, Shonda, was a broadcaster with Takoradi-based Empire FM, a subsidiary of the EIB Network.

Until her demise, Naa Ayorkor was the host of Empire FM's midmorning show, ‘Brunch Mix’. 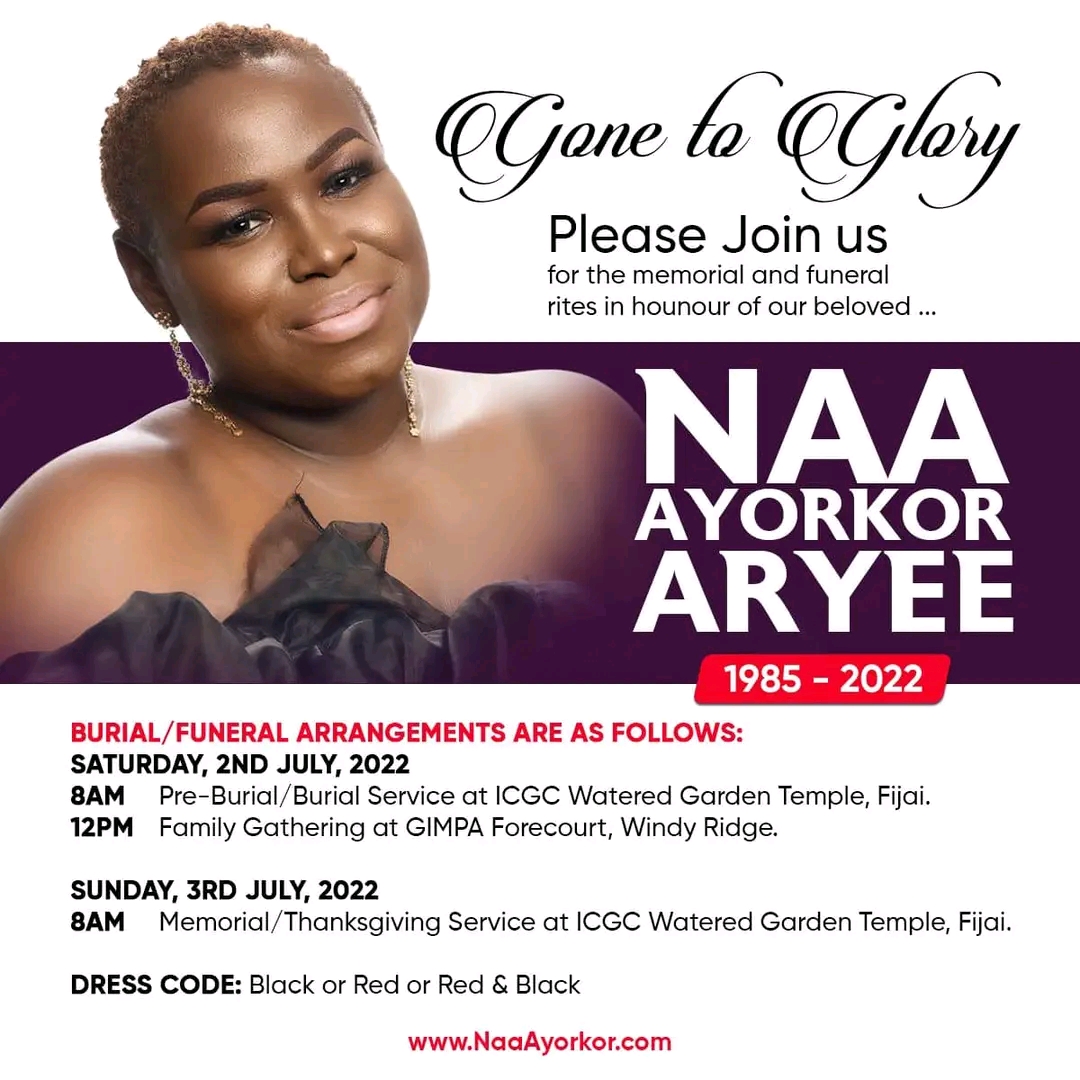