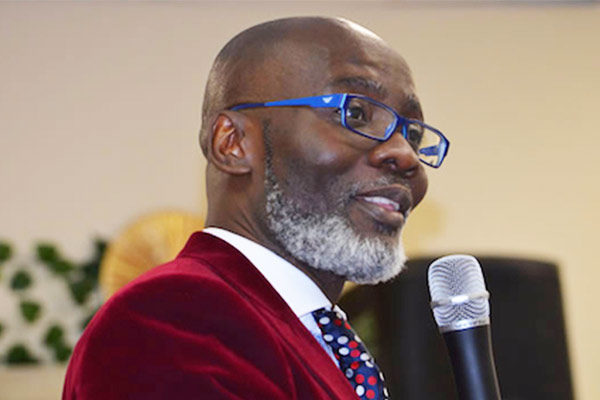 According to the outspoken nephew of President Akufo-Addo, the NADMO officials who superintended over the distrubution of the items to some victims of the flooding caused by the spillage of the Bagre dam must be sacked from their jobs.

Gabby's call follows widespread consternation over an incident which resulted in the Vice President, Dr Mahamudu Bawumia giving out some expired cooking oil and food items to flood victims in Wa at the weekend

According to the National Disaster Management Organisation (NADMO), the expired food items were “mistakenly” added to the items distributed to the flood victims by Dr Bawumia and that it took “full responsibility for said mistakes.”

Thy explained that the expired cooking oil had been isolated at the warehouse in Wa awaiting authentication by the internal auditor, before they could be disposed-off. 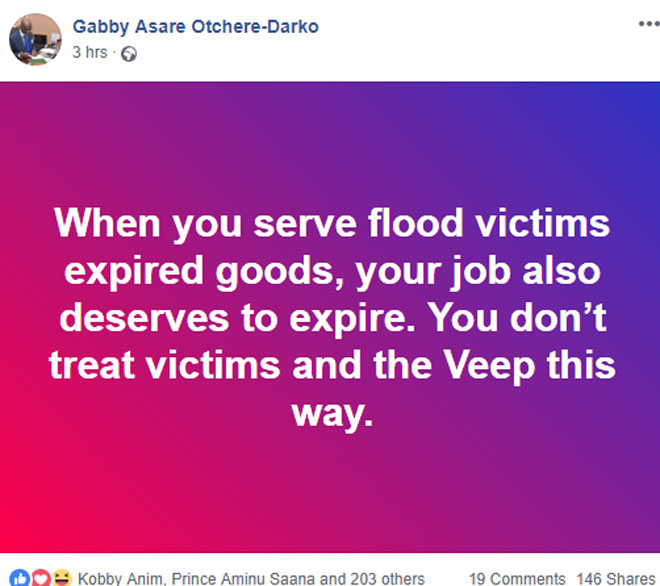 However, Mr Otchere-Darko, insists the victims and the Vice President did not deserve that poor treatment.

He posted on Facebook: "When you serve flood victims expired goods, your job also deserves to expire. You don’t treat victims and the Veep this way".

NADMO has already initiated a move to immediately withdraw the expired cooking oil and supply the flood victims with new ones.