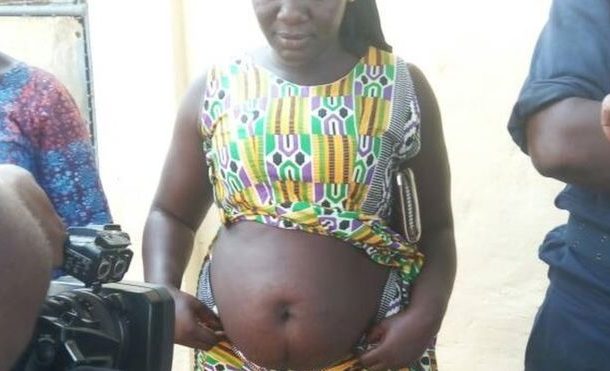 The mystery female TV presenter who according to reports is pregnant for four different men has now been unmasked.

Pretty newscaster Natalie Fort of TV3 is said to be pregnant and as a result has asked to go on an unpaid leave which has duly been granted.

The pregnant presenter is said to be carrying the foetus of four married top politicians in the country.

All the noise about her pregnancy is the family's supposed difficulty in identifying who the child's daddy is as all four men were drinking from the same pot concurrently.

According to ghanacelebrities.com who broke the story, sources at TV3 have confirmed that Natalie Fort is on an unpaid leave for one year with the initial reasons been to further her studies.

Meanwhile, that report revealed that the lady and her family were in a dilemma since it has become difficult to say who the father of the unborn baby is.

However, they were pinning it on one of the men who appears to be very rich.

The reports also say that the family has put forward some reports including that the baby should be born outside Ghana and be given a 2-bedroom house.