Nana Addo under pressure to sack me – Kennedy Agyapong cries 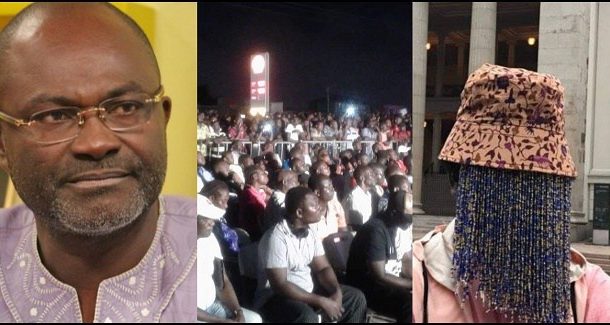 Kennedy Ohene Agyapong, Member of Parliament for Assin Central in the Central Region claims pressure is mounting on President Nana Akufo-Addo to sack him from the New Patriotic Party (NPP) for his vociferousness.

He believes the president is under immense pressure by certain elements within the party to push him out of the elephant’s family.

The maverick politician stated that he was particularly pained by machinations and plots to sack him from the NPP, vowing to campaign against some Members of Parliament in the Eastern and Ashanti region in the 2020 elections.”

“…They are always calling my name, the pressure on him [Akufo-Addo] to sack me from the party, he called John Boadu to write a letter. I’m pained but I’m quiet, on the said day, I cried before Frema [Chief of Staff]…”

Mr Agyapong was recently hauled before the Parliamentary Privileges Committee over some comments the House deems to be unsavory.

The Assin Central MP has not rested on his oars in openly criticizing party some members.

But speaking on The Dialogue on NET 2 TV on last week Mr. Agyapong said there were too many ingrates and backbiting within the NPP and vowed to expose those people.

According to him, the party is repeating the mistakes that took them to opposition in 2009.

Mr. Agyapong recalled: “President Kufuor during his time realised he had made mistakes but it was too late and this government is doing the same mistake….”

What hurt most is that Nana Akufo-Addo does not know what those people said about him before he became president and today, they are enjoying. I swear to God when I’m done in 2020, I’ll campaign against some people in the Ashanti and Eastern region”.