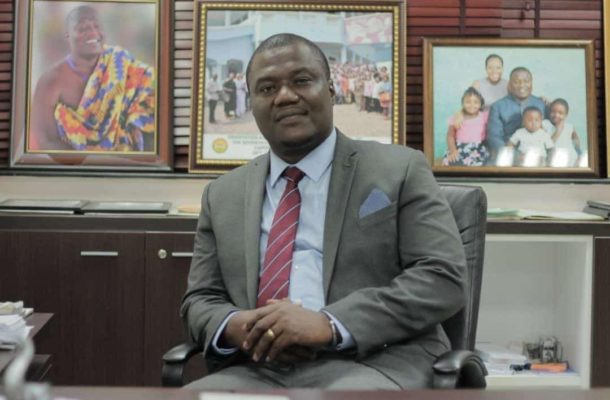 Mr. Speaker, it is shameful for you to attack the president & judiciary based on emotions and without recourse to extensive research on parliamentary practices elsewhere. Ghana is a member of the CPA( Commonwealth Parliamentary Association). However, all over the commonwealth of which Ghana is a member, I came across a very interesting trend. In this write up I chose a few examples base on continental/ regional location. In;

1.Australia, the speaker is an MP and has a casting vote section 44 Australian constitution saves it,

2. Also, South africa has a speaker who is an MP with a casting vote SA constitution 41( 8)

3. Nigeria has speaker MP and with a casting vote.Nigeria constitution 75 a (i)


4. UK speaker Addington explained why speaker’s should have a vote especially where there is a tie in 1796.

John Bercow used casting vote to block brexit…After the tie vote of 310 each to the left and 310 to the right. In UK the speaker is an MP and has a casting vote.

5. India also has an MP Speaker with a casting vote. India constitution Article 189

6. Additionally in Canada, the speaker is an MP and has casting vote( ie when there is a tie). Section 49 of the constitution Act( BNA Act), 1867.


According to Erskine May, the foremost authority on parliamentary procedures and practices in the world, Casting vote by a speaker allows for debate to continue otherwise, a motion is stalled and parliament makes no headway.


In Ghana at the time of voting on the e-levy bill during a division tabled by the NDC, there was obviously going to be a tie 137:137 of which the deputy speaker would have had to exercise his casting vote. However, the minority prevented the deputy speaker from doing so by shouting, it was unconstitutional. Hence, the current dispute. I am not a lawyer but the question is, who presides over disputes in a civilised society? Is it not the courts if I may ask?

As a matter of fact, the supreme Court in the wisdom of the very learned judges decided to rectify the ambiguity in the constitution by ruling for deputy speakers who are MPs(unlike the speaker) to vote. The speaker of Ghana’s Parliament says its absurd, reckless and that the president is myopic for speaking on it.

Mr Speaker, please don’t insult and let’s apply ourselves to the wisdom of common practice and precedence. If we you were guided by Erskine May, then, probably you wouldn’t have occasioned this needless write up.

I share in the pain of the deputy speakers who are MPs just as me. Unlike other jurisdictions in the commonwealth where speakers are also members of parliament and have a casting vote, Ghana’s speaker is not an MP and hence have no casting vote per Ghana’s constitution.Thus by extension, I see the ruling as Ghana applying itself to the logic of global or commonwealth parliamentary practice.

May be it’s about time we amend the constitution to vote for MP speakers who will have casting vote too. This will save the tax payers some more money as the hefty provision of emoluments for non MP speaker’s as backed by article 95(5), treat non MP speaker’s in a special category of article 71 office holders. The speaker’s benefits is way above that of an MP. This is NOT same for deputy speakers. Deputy speakers are only limited to their salaries as MPs as provided for in article 98(1) of the constitution for members of parliament.

According to the principle of equal work, and equal pay, the deputy speakers salaries and end of service benefit atleast should have been in the same category (though not at the same level) as the speaker. But this is not so. As it is by the law, deputy speakers preside ONLY over proceedings in the house and have no administrative authority unless delegated by the speaker to do so.

The power of a deputy speaker is just same as that of any MP in the chamber. The constitution envisaged MPs as representatives with a vote to define the position of their constituents on issues contrary to that of the speaker who has no representation and has neither an original or casting vote.

During the tenure of Prof Oquaye, 1st deputy speaker(s) performed some delegated administrative responsibilities when he was absent. Under the current speaker this is not so. why is this so? are the speaker’s words and deeds are gradually polarising parliament and the nation?

On Thursday 10th March (as the speaker is currently not in the Country), a certain NDC’s Kofi Attor invited me (as chairman of health committee), the ranking member on health as well as the leaders of the house to a meeting to be hosted on the speaker’s behalf by him. I registered my strong displeasure to the speaker’s office. Indeed I made it clear I wasn’t attending as I didn’t know the locus of that gentleman in the scheme of parliamentary practice. This was rectified , apologise extended, and I joined the meeting chaired by the minority leader last thursday.

The question I ask is, where were the deputy speakers? and why couldn’t any of them have represented the speaker. And so therefore, if among others, they are also denied of their only power in Parliament(ie to exercise their representative right to vote) then to me , what is really their use as deputy speakers to their constituents???

May be the council of state will have to find a way of engaging all living former speakers of Ghana’s parliament in a meeting for them to share their thoughts on this point of law in the presence of the speaker.

Finally, in the write up of the speaker on parliament official Facebook page, I came across the greeting…” Good morning comrades…”, Which people were the speaker reaching out to, his NDC comrades or the good people of Ghana. Something is very wrong. The speaker must separate his political self from the parliamentary administrative process. All previous speakers had their political inclination yet did a good job without politicising the parliamentary administrative process.

The parliamentary service is clearly under attack and soon we will not distinguish the service from the political interest of the speaker. Whatever it turns out to be, the speaker is to be blamed.”

Written by Dr. Nana Ayew Afriye, Member of Parliament for the Effiduase-Asokore Constituency.