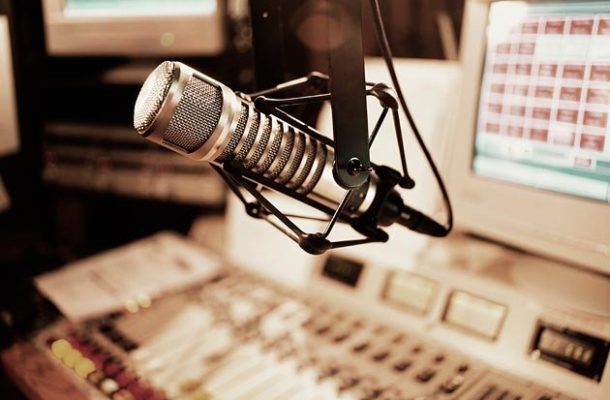 Dr Edward Omane Boamah in marking World Radion Day said, “government is deploying skullduggery and communist inferior tactics in the name of law enforcement to clamp down on dissenting radio stations in Ghana.”

The Authority’s recently suspended the operations of Radio Tongu at Sogakope in the Volta Region “on the grounds of National Security and in the public interest.”

This came after lots of correspondence between the NCA and the Tongu Community Multimedia Network on the management of the station.

However, on January 15, the Director of the community radio station based at Sogakope, Bestway Zottor was arrested for allegedly promoting the agenda of the Homeland Study Group Foundation, a secessionist group in the region.

The Director’s arrest came after the Volta Region Minister, Dr Archibald Yao Letsa, issued a warning to media houses in the region, with particular mention of Radio Tongu, to desist from championing separatists’ activities or risk being held answerable to applicable offences.

Criticising the NCA’s action, the former Minister said, “Radio promotes human development and diversity. It is a bedrock for diversity and dissent hence must be managed in a democracy with tact and not with Hitlerite brute force.”

Read his write up below:

In 2011 the Member States of UNESCO proclaimed World Radio Day. As a result, February 13 was adopted by the United Nations General Assembly (2012) as an International Day for radio.

As we celebrate radio today, across the globe, I commend all stakeholders who work tirelessly to inform, educate and entertain us via the power of radio.

Furthermore, I wish to single out producers and engineers who may never be heard on the radio but on whose shoulders the rest of the final output rests. I cannot forget the hardworking men and women at the International Telecommunications Union (ITU) whose tireless efforts impact on radio broadcasting.

Radio is a powerful medium and must be accessible and affordable to all.

Unfortunately, as we celebrate radio today, the government of Ghana is deploying skullduggery and communist inferior tactics in the name of law enforcement to clamp down on dissenting radio stations in Ghana.

For example, Radio Gold and Radio XYZ among others remain closed. Additionally, only this week another radio station in the Volta region has been added to the unenviable list of sanctioned/closed down radio stations.

Justification? Maybe! But, I have an unshakable conviction that partisan politics is influencing the decisions of the National Communications Authority (NCA) in their unbridled quest to close down dissenting radio stations at the slightest whisper of justification.

Radio promotes human development and diversity. It is a bedrock for diversity and dissent hence must be managed in a democracy with tact and not with Hitlerite brute force.