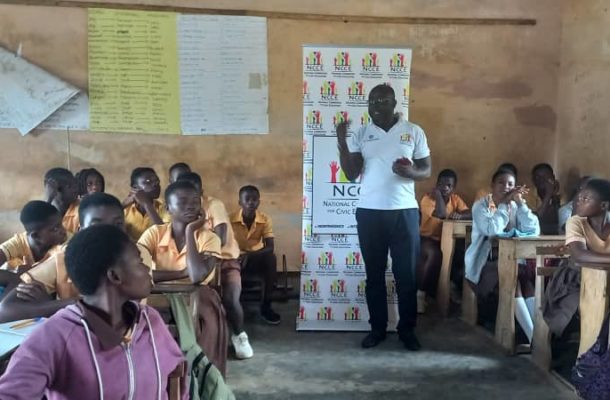 The Adansi Asokwa directorate of the National Commission for Civic Education (NCCE) has visited 10 basic school in its catchment area, calling for collective national efforts towards sustaining Ghana’s democracy. 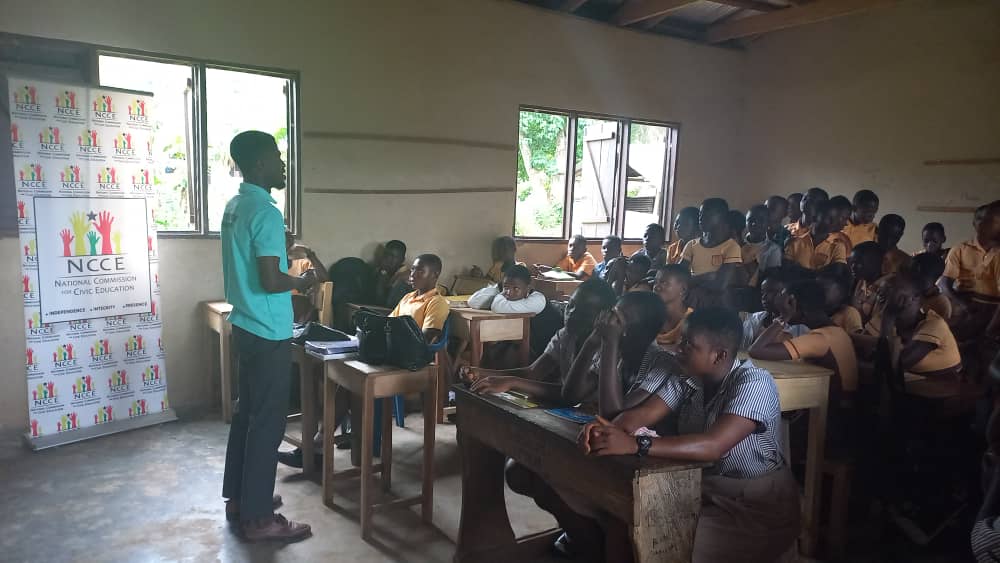 The NCCE Adansi Asokwa team, reminded the pupils and to a large extent Ghanaians, not to lose sight of the processes that led to the country’s return to constitutional democracy. 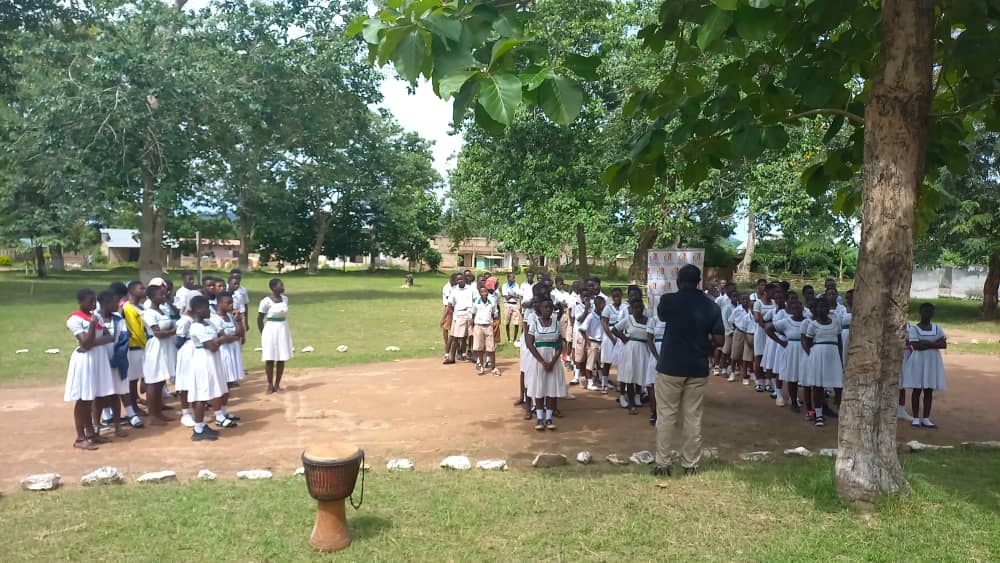 They urged the pupils to always defend their country [Ghana], love one another and also defend the constitution that remains very important to the nation in its 30 years of reign. 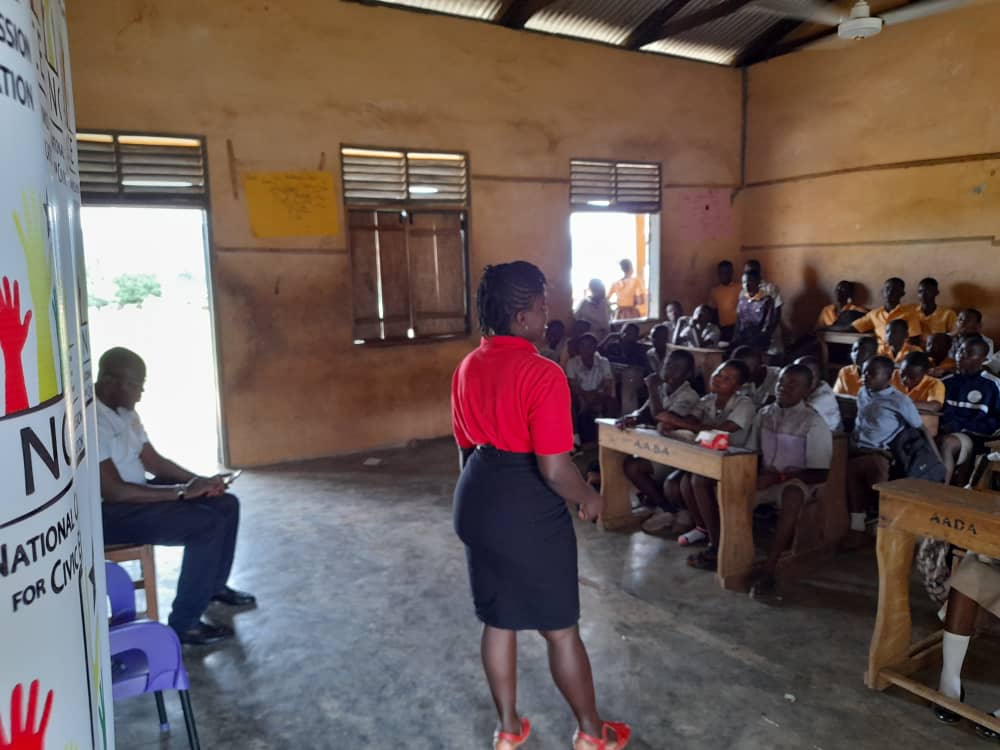 The pupils were made to sing some patriotic songs that reminded them of who they are and how they ought to live as children and youth to the betterment of the country as future leaders. 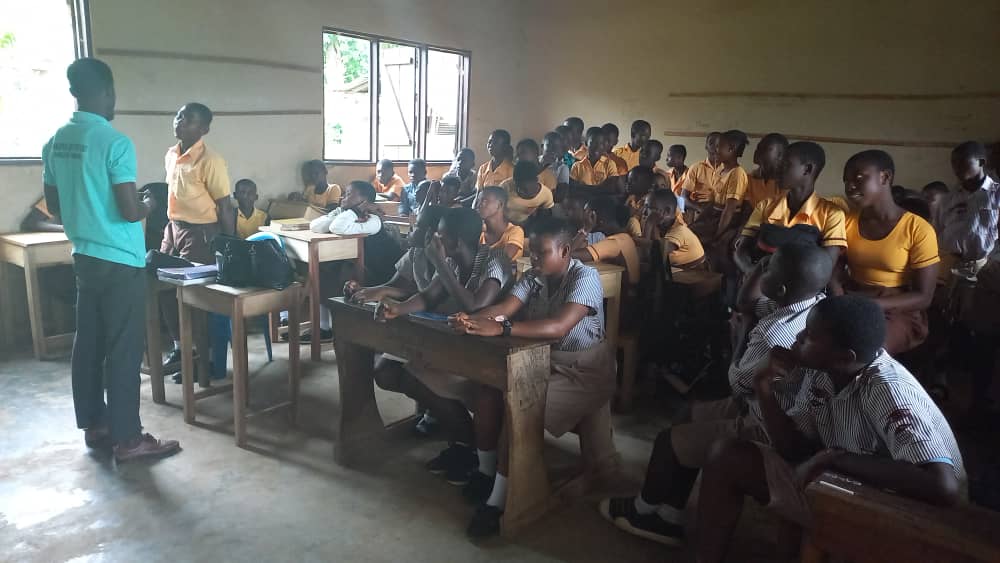 The team made up of George Amponsah Boateng PCEO(DD), Lily Ampofoa Annor PFO and Francis Obeng Arthur encouraged the pupils to eschew all forms of practices that will make them bad citizens.

They noted that as part of measures to ensure that Ghanaians are constantly vigilant and protect the Constitution, the NCCE in 2012 initiated the project Citizenship Week marked alongside the National Constitution Week celebration.

The team explained that the celebration focused on basic schools and was meant to inculcate in the pupils the values of citizenship and remind them of their responsibilities and the role they can play to build a strong, vibrant and democratic Ghana.

They revealed that it also creates the platform where people in leadership positions and accomplished citizens interact and impart virtues of good citizenship into pupils across the country.

This year's Citizenship Week celebration was under the theme: "Sustaining our democracy, Ghanaian values in practice; the role of the child."