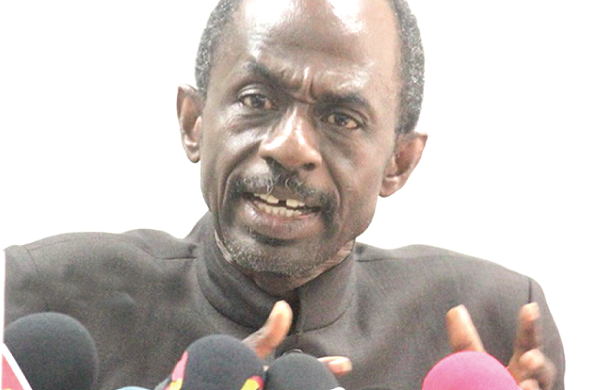 In a statement on Friday, Mr Rawlings called on aggrieved candidates to petition the National Headquarters for a quick resolution.

He added that the party risks being disunited if officers continue to interfere with the process, creating an unequal playing field.

“I have observed that certain elements in the party who are supposed to be unbiased arbiters and supervisors in these elections are rather pursuing a parochial agenda that is not in the party’s interest.

“We are on the verge of breaking up the NDC if we pursue this path. That National Executive Committee has to take a serious look at the entire branch electoral process and ascertain whether they have been held in an open, free and fair manner devoid of foul play and deliberate abuse,” Mr Rawlings said.

However, the NDC’s General Secretary Johnson Asiedu Nketia said although there were some challenges, steps are being taken to address them.

The General Secretary said he has already explained the development to the former president and is surprised at his comments.

”I didn’t think that the impression is going to be created that the whole exercise has been a flop and all that.”

He stressed that in areas that electoral processes were not adhered to, the elections have been annulled with a rerun ordered.

“But in his opinion that the whole exercise has been a mess, I don’t think that is the case,” Mr Asiedu Nketia stated.