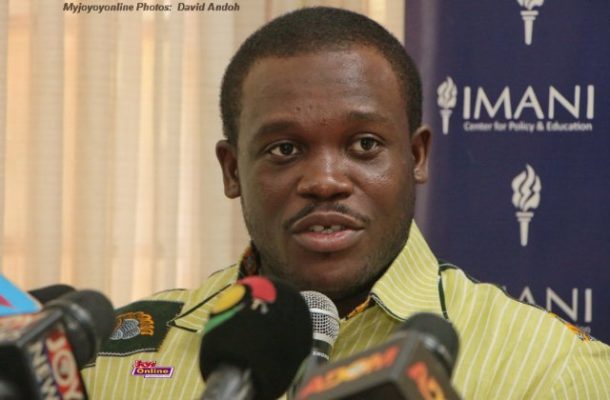 "If we are not careful.. in the next two to three years, what we are seeing in the banking sector, we will have to see consolidation of media houses," he said at a public forum on Ghana’s digital migration project organised by IMANI Africa in partnership with Joy FM.

The contract for this expansion is to be given to Chinese firm, StarTimes although K-NET, which put up the current infrastructure has signalled it can do this work.

The contract to StarTimes is a condition for accessing a Chinese loan has raised controversy.

The Ningo-Prampram MP, who is a member of the Communications Committee of Parliament, questioned the rationale behind the expansion.

Sam George said Ghana's media market is too small to contain 48 Free-To-Air channels which thrive on advertisements and marketing.

Comparing Ghana's market to other foreign markets, the NDC MP said South Africa with a population of 59m has a market worth $1.2bn.

But it has only 17 Free-To-Air channels.

The UK with 70m people and a media market worth $17bn has only 17 FTA channels.

If the Digital Terrestrial Television (DTT) platform is expanded to accommodate 100 channels, it could lead to a fierce scramble for revenues, eventually forcing the media networks to merge if they are to survive.

Banks in Ghana are having to merge since the government increased the minimum capital requirement from 120m cedis to 400m cedis.

The mergers are expected to reduce the 33 banks operating in Ghana. The Bank of Ghana has said about 19 banks have so far met the requirement with a deadline set for December 2018.