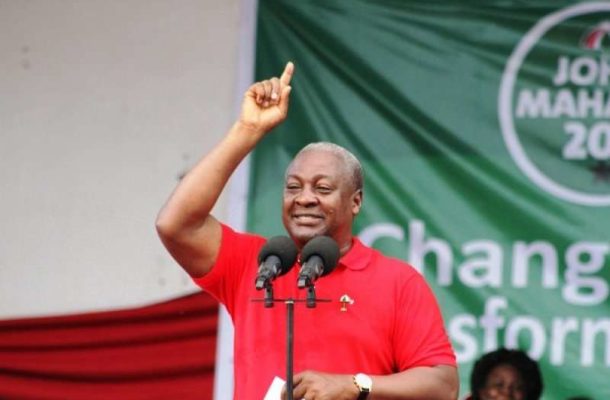 Renowned pollster, Ben Ephson has urged other flagbearer hopefuls of the opposition National Democratic Congress (NDC) to team up to beat Former President Mahama to the position.

According to the Managing Editor of the Dispatch Newspaper, members of the NDC seeking to lead the party in the 2020 elections to combine forces in order to put up a competent challenge to former President John Mahama at the party’s primaries.

The call comes on the back of the declaration by Mr. Mahama that he will contest the party’s primaries scheduled for November this year.

“To you the teeming supporters and sympathizers calling and requesting me to declare my intentions for the future, I wish to assure you today, that as a servant-leader, I have listened to your calls and reflected. I will not disappoint you even as we await the publication of the party’s guidelines for selecting a new leader,” Mahama wrote on Facebook Saturday.

However, Ben Ephson who’s also the Managing Editor of the Dispatch Newspaper said the other candidates will perform abysmally if they should contest Mahama individually.

“In terms of chances, I believe now the race lines have been drawn and I’m sure maybe the others may be talking among themselves if they can get people to get together, maybe the five of them will decide that we should form a ticket so that one will contest, one will be running mate instead of Mahama running against the five others.  The more candidates we have have the more advantageous it is for Mahama. This time, they may get talking to see if they can join forces to face Mahama, it will intensify but it will also make them face reality that you can’t beat Mahama with five or six votes.”