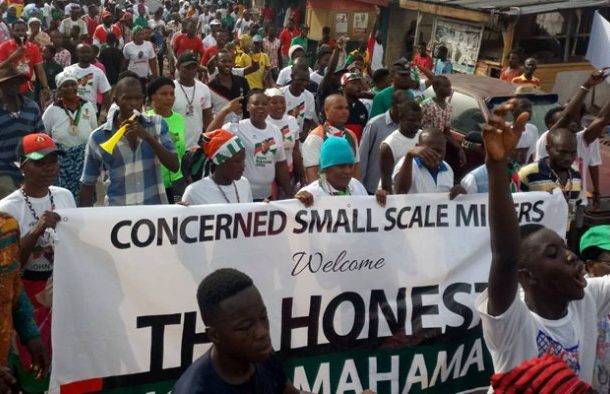 The Ashanti Regional capital, Kumasi, came to a standstill when hundreds of supporters of the opposition National Democratic Congress (NDC) converged for the much publicized unity walk.

The walk has been a key feature of the opposition party’s itinerary to reunite the rank and file after losing the 2016 elections.

According to Luv FM’s Prince Appiah the walk has already started in earnest with supporters clad in their party paraphernalia chanting party songs.

The walk he said, started at the Aboabo post office with the supporters heading towards the Manhyia round after which they will converge at the Asawase MA  school park to be addressed by leading members of the party.

Ex-president John Mahama who has been a key patron of previous unity walks in the other regions is present.