NDC wanted to use 'MoMo' as a vehicle for create, loot & share 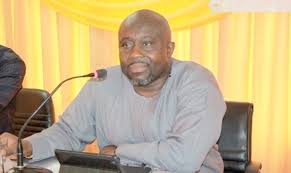 Deputy Communications Minister, George Andah is claiming that the previous National Democratic Congress (NDC) wanted to use the mobile money interoperability project as an avenue for create, loot and share.

The ‘’non-negotiable’’ project he sated was going to cost tax payers an amount of $1.2 billion which would have gone to the supplier.

In an interview with Kwame Tutu on Rainbow Radio 87.5FM, he said after assuming office, the Vice President Dr. Mahamudu Bawumia, realized that, the process was a create, loot and share for some individuals.

Mr. Andah said the current administration had no other option than to go through the right channel to cancel the contract and in cancelling the contract, what we have come out with is mobile money interoperability which will cost the nation an amount of $4.5 million and so the difference is that, the contract that they signed was for $1.2 billion and we have signed same for $4.5 million.

The Awutu Senya West constituency West MP added, the one signed under NPP is a central system and effective.

When asked if there was a competitive bidding, he answered saying, it went through the right procurement process.