New Bill seeks to discipline rent market …can it? 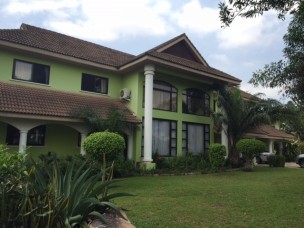 A new Rent Bill is before cabinet, and its intention is to instill some discipline in the country’s rent market, which has flouted the existing law that limits rent advance to six months, and bring relief to the nightmarish experience of tenants.

Sampson Ahi, Deputy Minister for Water Resources, Works and Housing, stated that the new Rent Bill is before Cabinet for consideration and approval and will be sent to Parliament to be firmed into an Act in the coming months.

The Minister said the Rent Act, which was enacted in 1963 was reviewed at a workshop recently organised by the Ministry of Water Resources, Works and Housing.

“The existing Act doesn’t allow landlords to charge more than 6months rent advance, but the question is, is that what is happening today?” he asked.

“So, for instance, if you are getting a tenancy agreement with a landlord and it is from January to December, we will not allow you to pay for advance.

So we make sure that it is paid on monthly basis with two months’ security deposit, so that in case you default the landlord can fall on that deposit.

However, if it is more than one year, then we are also recommending that the landlord should not take more than one-year advance.”

He further explained that “these are proposals that have not been finalized because when it goes to Cabinet, in their wisdom, they can revise it and when it gets to Parliament, they will propose a lot of amendments to the structure of the bill”.

He said the objective of the review was to remove the obnoxious provisions of the existing Rent Act, 1963 (Act 220) while promoting a balance between the needs of tenants and landlords.

On the state of the Rent Control Office lacking human resource to conduct the job they are supposed to do, he indicated that “It is true, at the moment they lack both the human resources and financial resources and their presence is in a few districts.

So the housing policy and the rent act review will cater to the establishment of that authority which ensure that we have offices in all the districts so that their presence will be felt.”

The Rent Bill, when passed into law, is expected to help bring transparency and efficiency into rent management and reduce landlord-tenant conflict.

Whilst rent in Ghana increases way beyond the rate of inflation, landlords also insist on between two and three years’ advance, which tenants often struggle to come up with.

Some have argued that the housing deficit in the country is not as acute as people’s inability to pay rent, leading to the creation of slums and sub-standard accommodation for low income segments of society, with the attendant insanitary conditions.