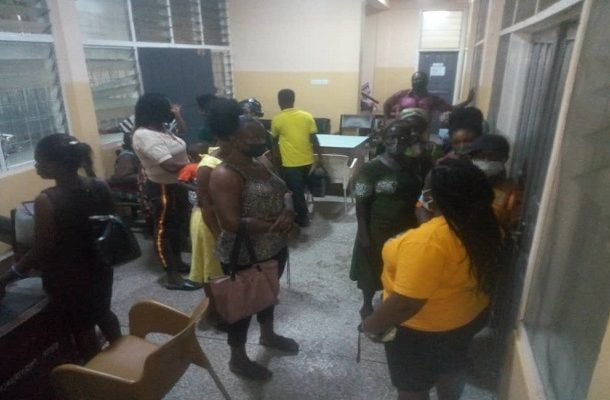 Municipal Chief Executive (MCE) for New Juabeng South, Mr Isaac Apaw Gyasi, has fulfilled his promise of supporting some market women in Koforidua whose goods and shops were lost as a result of the fire outbreak that ravaged the Juabeng Serwaa Market.

It will be recalled that on the 22nd July 2020, fire gutted the Juabeng Serwaa Market in Koforidua destroying many stores and shops.

The affected traders were given GHC1,000 each to help them revamp thier burnt shops.

Speaking after the donation, Mr Apaw said it has been his priority to help traders who lost their shops as a result of the outbreak.

He advised the traders to register their business with insurance companies so that they will be supported in times of tragedy.

“It has been my burden since this incident happened because I went there to see how the fire destroyed many goods at the Serwaa Juabeng Market. But I will advise everyone to ensure your business so that you will feel secure anything you fall under such trgedy.” He cautioned.

Madam Sandra, a trader who spoke on behalf of the victims said the monies paid them would be of a great help.

She thanked the MCE for delivering on his promise and appealed to the authorities to put the market in a good shape.

“I am very grateful because though the MCE promised us but I couldn’t believe he will fulfil it. I have received GHC1,000 which will help me a lot AS some banks have promised to give us loans to raise our business back again,” she said.