New Mont death reports to be out this week- Amewu 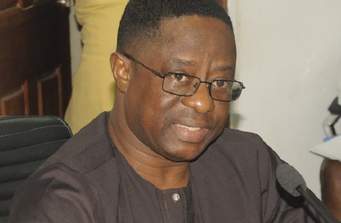 The investigatory report into the death of at least six people in the collapse of the reclaimed tunnel of New Mont Ghana mining site in the Brong Ahafo region is expected to be ready before the end of the week.

According to the Minster for lands and Natural Resources John Peter Amweu, the set up committee to investigate the cause of the accident at the site have done a thorough job and he is sure the result will be ready by the weekend.

The said while speaking in an interview with Starr news, the Minister said,  “I’m sure by this week we should be getting the report and we will definitely act on the report.”

He further added that, the focus of the Ministry is on the incident that occurred recently and not limited to the Ahafo Expansion project site.

He said,  “for now because of the time period and the urgency the Ministry wants to take in terms of this particular incident we want to limit it here.”

He said the government is doing a complete operational audit of the mining sector in the country.

The mining company has however resumed mining activities on the site after suspending the activities when the collapse occurred.

The six people who died on the site at the time of the incident are all workers in the company.

However, the Ahafo Mill Expansion project site and the other surface civil construction work are still on suspension until further notice.

New Mont is one of the largest gold mining companies in the the world with assets on five different continents.