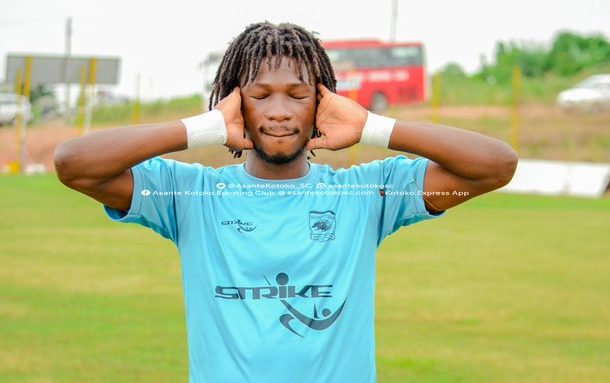 Fresh reports emanating from the camp of Asante Kotoko suggest that, attacker Songne Yacouba is set to extend his contract with the club after a fruitful negotiations earlier last week.

The reports indicate that, the Burkina Faso international is in advanced talks with the Porcupine Warriors over a new deal.

Following months of discussions, the 28-year-old has reportedly reached an agreement with the management of the Kumasi-based club over a new deal worth around $60,000.

The former Stade Malien striker is expected to sign a new two-year deal with the Porcupine Warriors in the coming days.

He was earlier demanding a signing-on fee around $150,000 which the club failed to meet his demands which led to his absence in the club's match-day squad for seven games.

Yacouba returned to the team for their trip to face Karela United in the match week 13 clash on Friday.

He rose to the fame to become Kotoko fans' favorite during their 2018 CAF Confederation Cup campaign where he scored two goals with five assists.