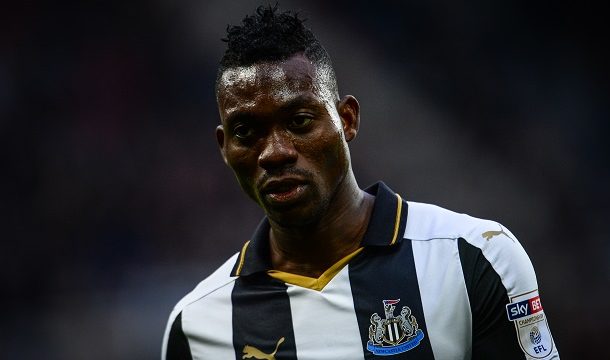 Newcastle manager Rafa Benitez has comfirmed Christian Atsu will miss their trip to Merseyside to face Everton on Monday in the English Premier League.

The Ghana international was left out of the squad in their 2-1 victory over Arsenal last weekend after picking up a knock to his knee in training.

''He has a knee problem. It's just a little problem and he has had an injection so we just have to be careful with him,'' Benitez said of Atsu, who also suffered from a similar injury earlier in the campaign which forced him to pull out of the Ghana squad in November.

''It depends on his reaction as to whether he'll play again this season. The plan is to keep him out of this game, see how he feels next week, and then see.

''If we have little problems, then we will try to protect the players if we can do it. We don’t want to take any risks with anyone when we don’t need to, so we’ll wait this week and see how he reacts.''

Atsu has scored two goals in his 28 outings this season, a pair of assists and 57 crosses.