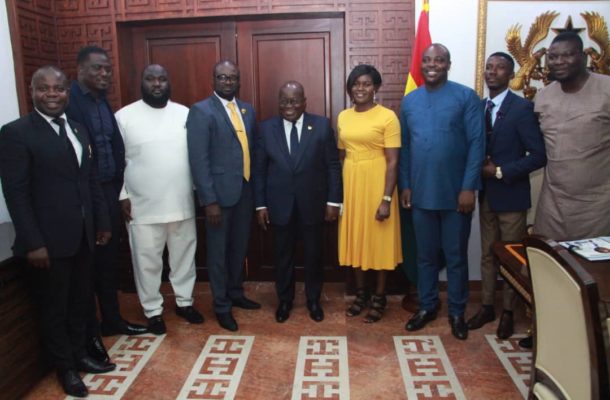 Okraku, who is going to Lea the affairs in the next four years, was at the Flagstaff to formally introduce himself to the first gentleman of the land.

Others also present included special aide to the Youth and Sports minister, Kofi Asare Brako ‘Abatay’, who formerly worked with Despite and Multimedia Group of Companies.

Akufo-Addo in his congratulatory message to the Dreams FC Boss pledged his support for the new GFA administration, urging them to ensure football is brought back to the level it deserves.

He assured Kurt  Okraku of Government's support and also advised him on several issues including how to deal with corruption since that mainly brought to the abrupt end of the previous administration under embattled Kwesi Nyantakyi.

Okraku, who defeated George Afriyie in the run to become the new face of the football Association, is expected to reign between now and 2023 before new elections will be held.