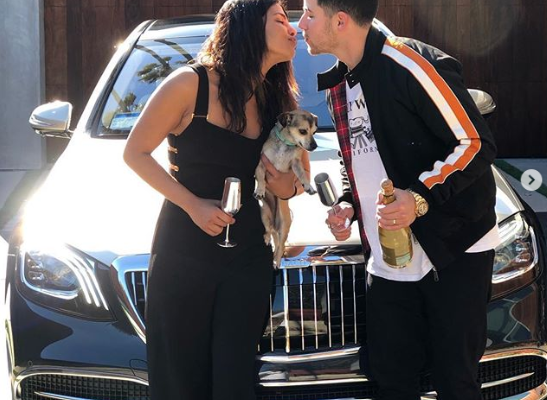 Priyanka Chopra returned to the United States from India to find a luxurious Maybach car gift waiting for her, courtesy of her husband.

Jonas Brothers - a group consisting of Nick Jonas and his brothers - recently released a comeback single titles "Sucker" and it has reached the #1 spot on the Billboard Hot 100.

To celebrate it, Nick gifted his wife a brand new car and Priyanka took to Instagram to share her joy. 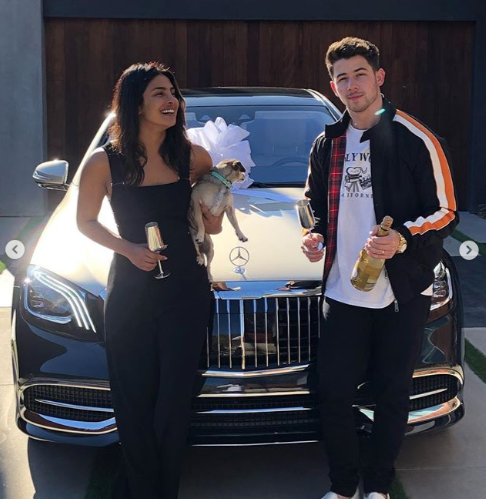 She wrote: "When the hubby goes number one.. the wifey gets a @maybach !! Introducing.. Extra Chopra Jonas.. haha .. I love you baby!! Yaaay! Best husband ever".

The celebrity couple split the wedding in two parts; the first one included a Christian ceremony and the second one involved traditional Hindu rituals.

Both were attended only by family members and close friends from their entourage.

Priyanka, who was crowned Miss World in 2000, later emerged as a Bollywood star and has since become one of India's highest-paid A-listers.

Her role in ABC thriller series Quantico earned her two People's Choice Awards, and the comedy films Baywatch and Isn't It Romantic propelled her to Hollywood stardom.