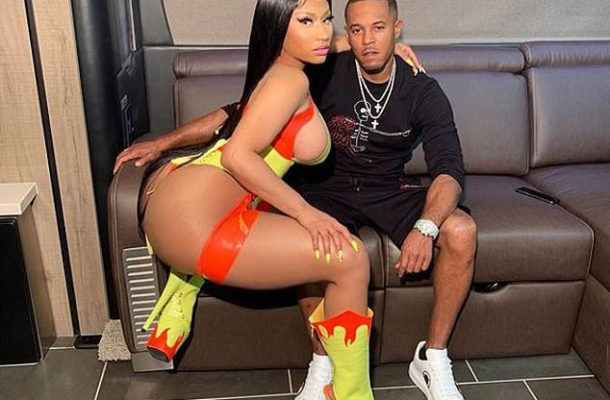 Nicki Minaj has revealed she and her fiancé Kenneth Petty might get married next week.

The 36 rapper who was first linked to convicted sex offender Kenneth, 41, back in November before she later confirmed their engagement, told E! News that they could get married 'in the next seven days'

"We've gotten our marriage license, but there's a particular pastor who I want to officiate, and so she was just made available as of today."

She told me she's available within the next week, so we could be married in the next seven days.'

When asked if she had picked out a bridal gown for her wedding day, she said: 'That's too much. I can't. There's no way. That will take too long to plan. I'm not good with that. I'm a procrastinator, so it would come in, like, two years from now.'

Adding that she and Kenneth are 'so sexually attracted to one another' Nicki admitted that getting married before starting a family was important to her.

"We're very close as friends, 'cause we've known each other since we were kids, but also, we're so sexually attracted to each other. We always wanna do it,"

While Nicki's fans are worried that the "Barbie Tingz" rapper is rushing a little too quickly, she dismissed their concerns saying: "People can say all they want, Nicki added, "The only person that can tell me what to do is my man, and that's only because he got some good D, but if he stops having good D, then not even he can tell me what to do."