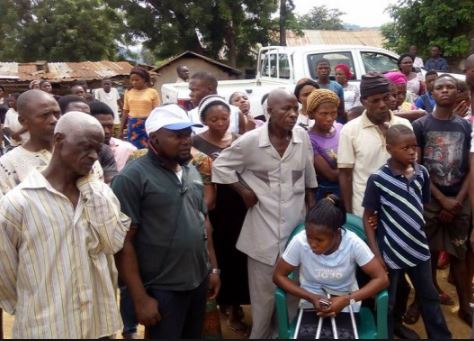 Over three thousand persons in Busi 4, one of the communities at the base of the famous Obudu Ranch Resort in Obanliku Local Government Area of Cross River State, have been displaced following a communal conflict, weekend.

Sources in the area confirmed that five of the Busi communities, Busi 1, Busi 2, Busi 3, Busi 5 and Busi 6, allegedly joined forces to attack Busi 4, following a dispute over a parcel of farmland.

A visit by Vanguard to the conflict area, located over four hundred kilometres away from Calabar, showed that several houses in Busi 4 were set ablaze, farmlands and water sources destroyed, while the villagers have escaped to the divisional police headquarters and the council headquarters at Sankwala, for refuge. A community leader in Busi 4, Mr. Emmanuel Okobere, said: “Neighbouring communities of Busi 1, 2, 3, 5 and 6 invaded us in a protracted dispute over a parcel of land, which has spanned several years.

“We got court judgement in our favour five times, which they refused to accept.” A youth leader in the community, Mr. Francis Obi, said the invaders attacked their community on Friday evening, taking them unawares. He said: “We were preparing to go to bed when all of a sudden, we started hearing gunshots, which caused panic in the community as our people started running and those who could not run fast enough were killed and our houses set ablaze.”

Mr. John Inaku, Director General of Cross River State Emergency Management Agency, SEMA, attributed the crisis to lack of patience and understanding among communities and condemned the act as barbaric and unnecessary.

“These villages are always in a hurry to engage in the use of violence to settle land disputes, even when government is taking measures to settle the situation amicably,” he added