Nigeria defender Omeruo: Essien was my biggest influence at Chelsea 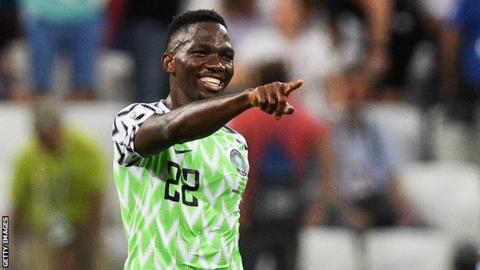 Leganes defender Kenneth Omerou has opened up about his time at Chelsea and revealed the key influences of Michael Emenalo and Michael Essien in his days at the Stamford Bridge.

The Nigerian international joined the Spanish side in August, his seventh loan move away from the English Premier League club giants since he joined them in 2012.

He is yet to play a competitive game for Chelsea where he has a deal until 2020.

The 25 year old recounted that it was Emenalo, a former Super Eagles’ defender and USA ’94 World Cup star for Nigeria, that signed him for Chelsea from Liege, while Ghanaian icon, Essien helped him settle down.

Omerou recalls: “Michael Emenalo was someone I could speak to at Chelsea when I was newly signed by the club.

”He is a Nigerian and was the sports director that signed me. So, of course, he played a big role in my coming to Chelsea.

”And my biggest influence from Chelsea would definitely be Michael Essien. It is definitely him.”

Omeruo can play at centre-back or right-back and is regarded as one of the continent's best young defenders.

His 41 caps for the Super Eagles also include appearances at the Confederations Cup and the Africa Cup of Nations.