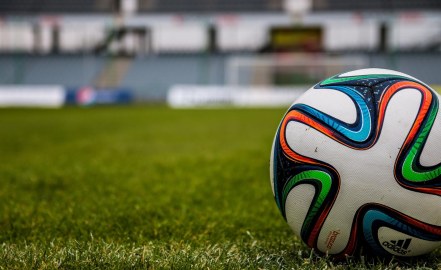 The Indomitable Lions created a record in the year 2000 by winning the nations cup for the third time when they beat Nigeria.

Fans of the Indomitable Lions had more than spectacle and emotions to satisfy their desires during the three-week Africa Nations Cup competition that took place in Ghana and Nigeria from 22 January to 13 February 2000. The thrilling competition had the Lions as one of the 16 teams on the starting block. Few supporters could imagine how far Cameroon team could go. When the first round ended all four teams of Group A namely: Cameroon, Ghana, Ivory Coast and Togo had four points each. But Cameroon however emerged top thanks to goal advantage. The youthful exuberance of the likes of Eto'o Fils and Joseph Desiré Job who were still to demonstrate their real colours kept hopes alive. The Lions went on to defeat Algeria 2-1 and Tunisia 3-0 raising much excitement back home as well as in Ghana and Nigeria. Cameroonian officials and reporters found themselves travelling across the West African countries either by road or by air to watch matches of the Lions and support the players to do more for the country. The bond between the team and most fans was getting stronger by the day as the event unfolded. Many discovered a die heart supporter like Ngando who replaced his dressing with the Cameroon flag colours that covered his whole bulky body. His frantic dancing to the rhythm of various cultural beats in Cameroon kept the lion spirit going. An obvious climax was on 13 February 2000 when the Indomitable Lions travelled to meet the Super Eagles at the Lagos National Stadium located in Surulere, Lagos, Nigeria. While Nigerian fans remained sanguine that the Eagles had not lost a match in the Lagos stadium for almost two decades, the Lions came with so much determination and hope.

To match the euphoria that was growing in Cameroon and even across Africa in support of the Lions, the Head of State dispatched the Assistant Secretary General at the Presidency at the time, Ephraim Inoni, with a message of encouragement and support on the eve of the finals. Since the game was played just two days after the Youth Day in Cameroon and precisely on the birthday of the Head of State, many argued that the cup will be the best birthday gift that the young players could offer to President Paul Biya. When Mourad Daami from Tunisia who handled the finals blasted the final whistle after post-match penalty kicks to declare the Indomitable Lions as champions, Cameroonians in Lagos found it difficult to rejoice like their counterparts back home. The cemetery-silence exhibited by Nigerians following the shock of losing the final was too hard for anyone to celebrate. All of Lagos went dead quiet that evening and it was so weird to imagine. Back in Cameroon, major cities and villages were thrown into total frenzy as people danced, chanted, jumped on the streets as if they would never want to live again. People waited for the Lions throughout the night and their arrival at the Nsimalen International Airport Yaounde in the early hours of Monday 14 February 2000 was greeted with drum-beats, shouting and total hysteria. Some followed the Lions on foot from Nsimalen to Mount Febe Hotel where the team took up residence to be able to rest after such an exploit. Once more, the Indomitable Lions had demonstrated that they remained a football power house in Africa.