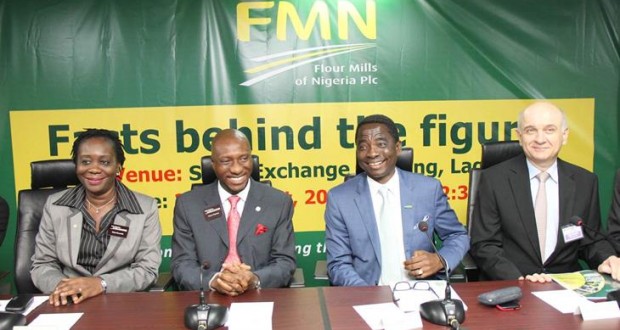 Flour Mills of Nigeria has registered plans with regulators to raise up to 40 billion naira ($128 million) in equity over the next three years, its chief financial officer said on Tuesday.

Jacque Vauthier said the company’s directors had decided that the most appropriate way to raise the funds was via a shelf programme, enabling Flour Mills to sell shares in several tranches over a three-year period.

Flour Mills, which has interests in food manufacturing and agro-business, won shareholders’ approval for the issue last year but weak capital markets delayed its launch.

The Nigerian currency has dropped 40 percent since June, when the country ditched its 16-month-old peg of 197 naira to the dollar in a bid to lure back foreign investors who had fled after a plunge in the price of oil, Nigeria’s economic mainstay.

“We are working on different options, right issues and or commercial paper and or refinancing our debt to ensure that we maintain profits,” Vauthier told an analysts’ call.

He said Flour Mills intends to use the funds to pay down debt and support working capital but will assess market conditions to determine when to launch the first tranche after it won approval from Nigeria’s Securities and Exchange Commission.

The conglomerate had $20 million in foreign currency loans, he said, adding that the company was exploring alternative financing sources to mitigate higher costs from the naira’s weakness and rising inflation.