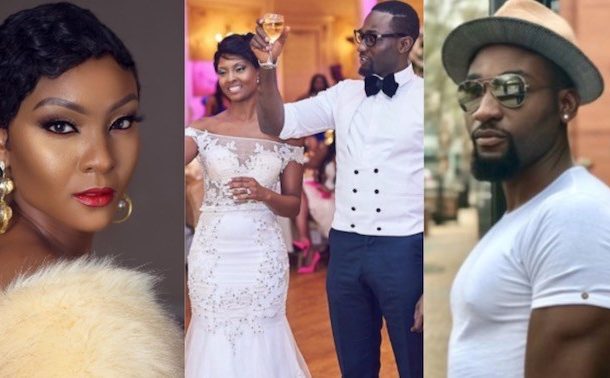 Gbenro Ajibade in a series of posts on his Instagram Stories called out his wife Osas Ighodaro Ajibade saying she leaves their child and “goes out to party and hang with friends/events from 6pm till 5am”.

“It’s not the first, second, third, or fourth time,” he said, adding: “I see through all the hypocrisy and crocodile tears.”

“It’s not about putting sh** outside, it’s about final warning. I’ve tried every other means and you know it. It’s not a do or die affair.”

“Make up your mind and stop wasting a guy’s time,” he concluded.

Though the pair spent last Christmas together in the U.S. with their child,  it still seems all is not well between them as Gbenro has called her out for neglecting their child a number of times so she ''can be out all night partying and hanging out with friends.

He wrote: “Who leaves their baby in the house and goes to a party and hang with friends’ event from 6pm to 5am,” he wrote, adding, “It’s not the first, second or third time. The other night you slept out, you sent our baby with a stranger to drop her off back home with the nanny so you can be out all night.”

In his new post, he says their union is not a do or die affair. 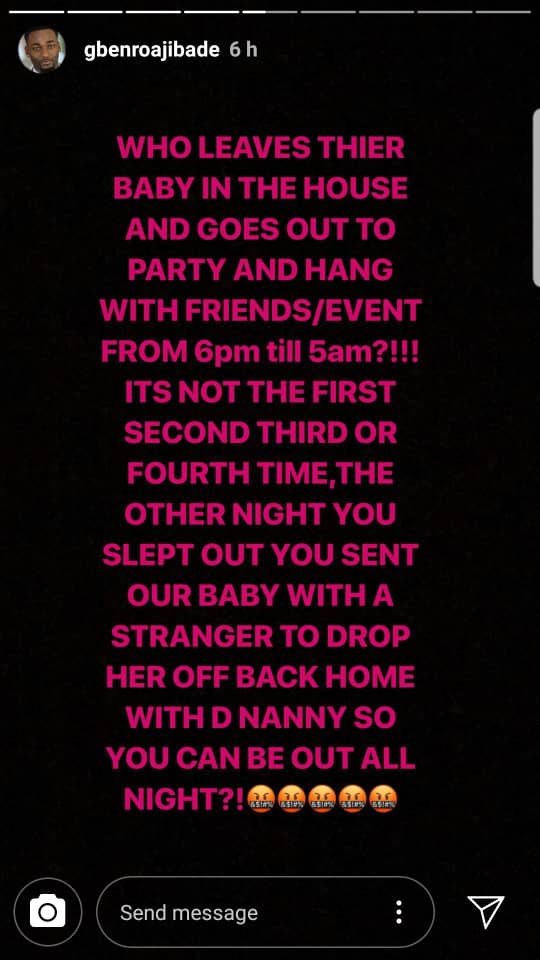 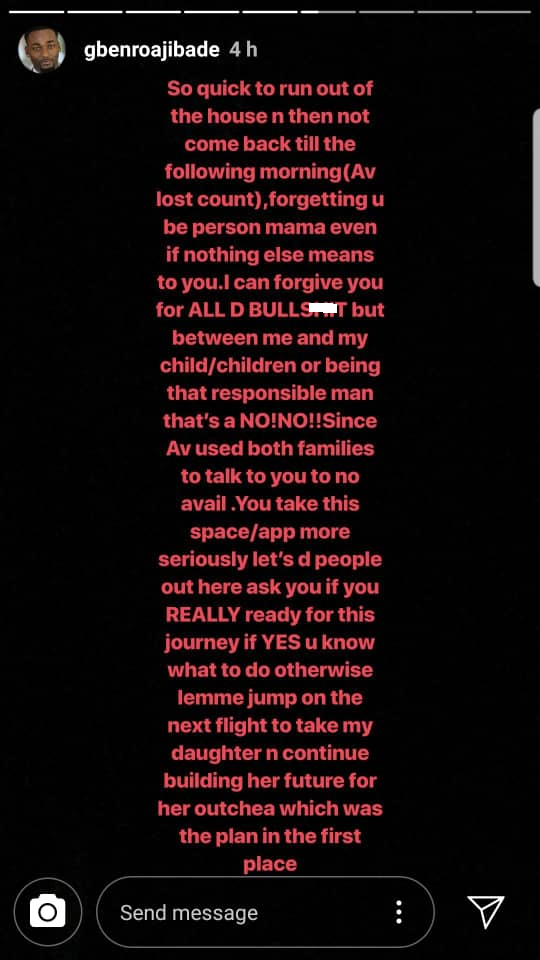 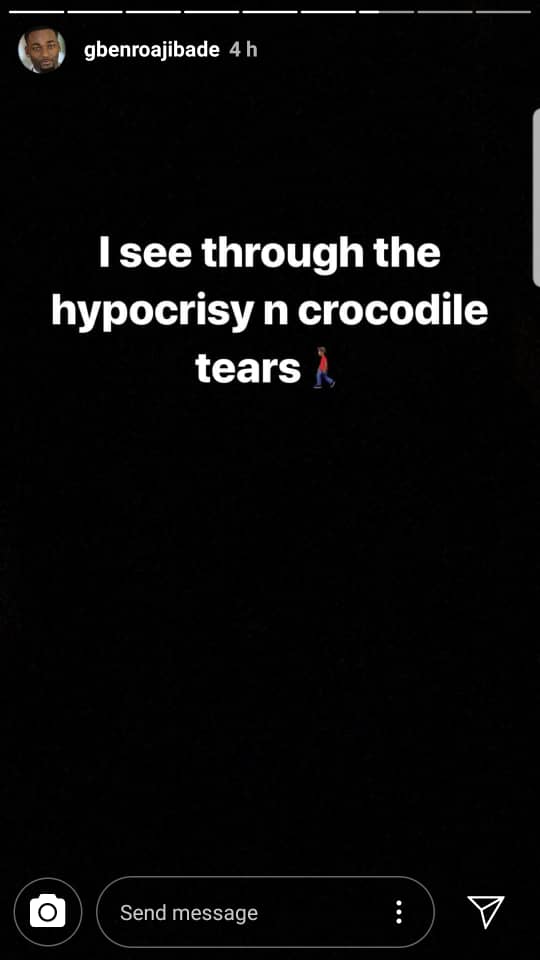 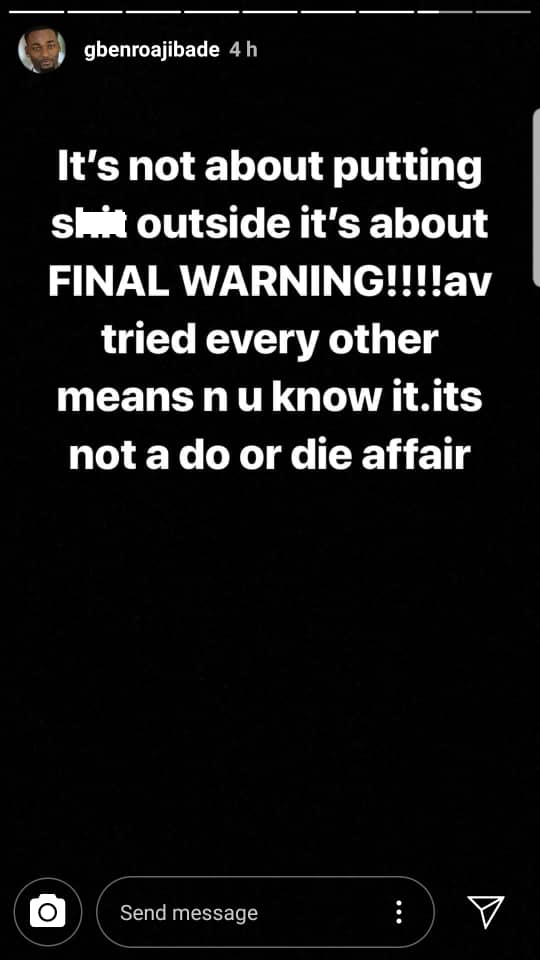 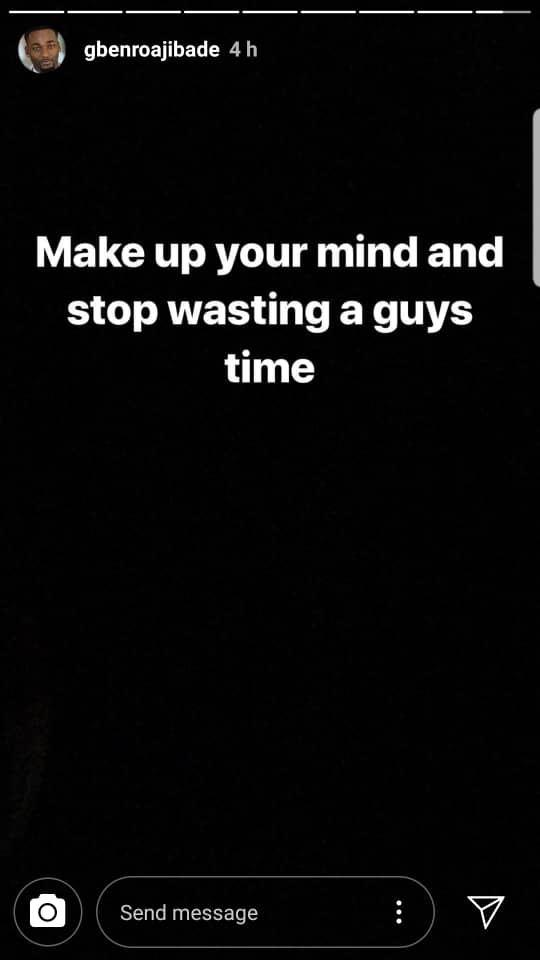