Nine foods you should never eat before bed 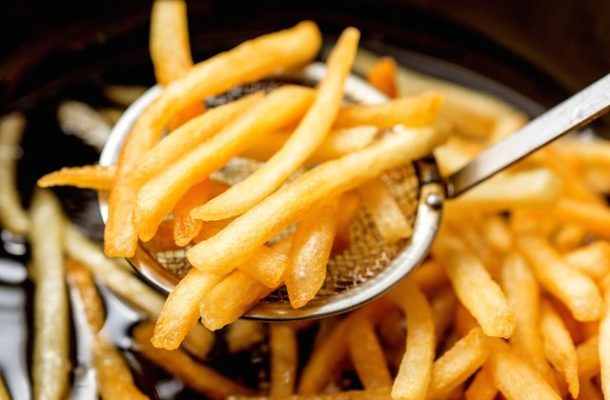 Eating certain foods before bed can be a recipe for poor sleep.

Here are the foods that'll leave you tossing and turning instead of getting a good night's sleep.

Don’t try solving your late-night munchies with a trip to the drive-through. Greasy, fatty foods get through your system slower than protein and carbs.

So your body will still be hard at work by the time you try falling asleep, says behavioral sleep consultant Richard Shane, PhD, creator of the Sleep Easily Method.

“You don’t want the engine of the digestive system cranking away when the rest of your body is trying to go to sleep,” he says.

Eating before bed, especially fried foods, goes against the idea of slowing things down before sleep. Ironically, this is why you crave junk food when you're tired.

The reasons to avoid spicy foods before bed are twofold. For one, they can irritate the stomach and cause heartburn, making it hard to wind down for sleep, says Dr. Shane.

The interaction also creates a passage for histamines to release into your body, says W Christopher Winter, MD, president of the Charlottesville Neurology and Sleep Clinic and author of The Sleep Solution: Why Your Sleep Is Broken and How to Fix It.

“Anti-histamines make you sleepy,” he says, but on the flip side, histamines promote wakefulness.

Forget what you’ve heard about how the tryptophan in turkey makes you sleepy on Thanksgiving—you can blame your food coma on the massive portions you gobbled down.

In fact, turkey on any other day might actually keep you awake. The protein signals the brain to produce dopamine, the “motivation molecule” that gives you energy.

You might want to avoid chicken and steak foods close to bedtime, but there’s still a way to get your protein fix. “Game meat and salmon are higher in melatonin,” says Dr. Winter. “Those are good for sleep.”

Eating before bed is only part of the equation: drinking before bed is an issue, too. Ending your day with a glass (or two) of red wine might conk you out, but you won’t be getting good quality sleep.

As your head hits the pillow, your liver is still be hard at work trying to remove the alcohol from your system, says Dr. Shane.

Once you snap out of dreamland, your pounding heart will make it harder to drift back into sleep.

You probably wouldn’t down a cup of coffee before bed, but it’s not the only source of caffeine.

About three squares of chocolate contain about 23 milligrams of caffeine, which is a quarter of the amount in a cup of coffee. So foods eaten before bed probably shouldn’t include chocolate.

Most of the time, extra hydration deserves two thumbs up. As the clock ticks toward bedtime, though, you might want to wind down your liquid load so you don’t need to drag yourself out of bed to use the bathroom.

“Drink a sufficient amount of water during the day and even at dinnertime so your body has enough water,” says Dr. Shane.

“You don’t want to go to bed thirsty and drink a lot then.”

No surprise here, but it’s worth noting just how soon before bed you should cut your coffee consumption.

“With caffeine, the general rule in the sleep field is no later than early afternoon,” says Dr. Shane. To enjoy the taste with a mid-afternoon sweet fix, sip on decaf or half-caf, he says.

Unfortunately for your after-dinner dessert, coffee ice cream does contain actual coffee—and its caffeine.Some even have bits of coffee beans in them, points out Dr. Winter.

“If you can, reduce the amount of ice cream you eat or have it earlier,” he says.

Also, watch out for hidden caffeine in nutrition bars, which can contain coffee beans, he says. Check that the ice cream you’re eating before bed is caffeine-free.

Try not to take them close to bedtime, and check the label in your protein shake when you finish your gym session to make sure caffeine isn’t hiding inside.

“Make sure the workout drinks you’re eating before bed is a post-workout, not a pre-workout, which will have a lot of caffeine or stimulants,” says Dr. Winter.