No man should go through my ordeal - 'Teary' Odartey Lamptey speaks 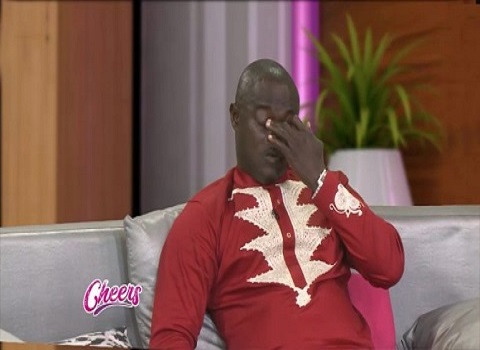 Former Black Stars player, Nii Odartey Lamptey says he prays no man goes through the emotional turmoil he has had to endure with his former wife, Gloria Appiah who is still asking for more.

Odartey Lamptey in 2013 discovered he was not the biological father of three children with his ex-wife Gloria Appiah after he conducted a DNA test on them.

He divorced his wife upon realizing that he has been living a lie since he got married to her in 1993.

However, Gloria Appiah appealed in Court to be given Odartey Lamptey’s plush seven-bedroom mansion at East Legon.

But three Judges who sat on the case in court said she does not deserve to be given the house and ordered that she leaves it as soon as possible.

Speaking in an interview in an interview monitored by MyNewsGh.com, Odartey Lamptey noted that the period in court has been a challenging period he prays no man on earth goes through.

“I’ve suffered throughout this period and I thank God we’ve brought finality to the case. The appeal lasted for years and that is a lot of time. I thank my Lawyers who worked at ensuring that I won this case. No man should ever go through such traumatic moments in their life,” he said.
Source: MyNewsGH.com