'No prosecutions' for paying for sex in NI despite new law 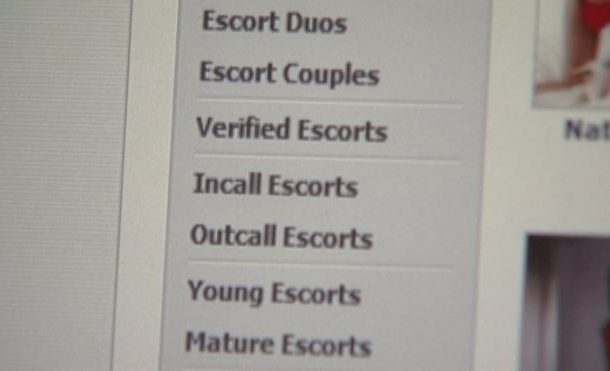 No-one has been prosecuted for paying for sex in Northern Ireland despite the fact it has been illegal for more than a year, it has emerged.
The law - the first of its kind in the UK - was introduced last June after a majority of MLAs at Stormont backed it.

It was feared the law would push the sex trade further underground and expose sex workers to greater risk.

But figures from the Public Prosecution Service (PPS) have shown no-one has ended up in court for paying for sex.

According to the PSNI, more than 800 men are paying for sex in Northern Ireland every day, but over the past year, only 10 men have been investigated by police.
Out of the seven of those cases referred to the PPS, three were thrown out, two men received cautions while the remaining two cases are still being considered by a senior prosecutor.


Defending the PSNI's record, Det Supt John McVea said there had been some successful outcomes.

"There are a number of people who have received cautions at the direction of the PPS. Our priority is to protect the vulnerable and to target human trafficking and sexual exploitation," he said.

Making it illegal to pay for sex has acted as a deterrent and that has been welcomed, he added.

"We have identified 60 people in the past year who have been the victims of human trafficking," said Det Supt McVea.

"That is a considerable number and we feel we have made a significant impact on human trafficking throughout Northern Ireland. Paying for sex within this act is a not a priority, our priority is to target the human trafficking element and sexual exploitation."

Det Supt McVea said the PSNI's aim was "not about targeting an individual sex worker", but to ensure that sex workers are not vulnerable and do not fall victim to a crime.

He added, however, that: "If we come across criminality we will address it, and that's where the ten cases have been referred to the PPS in the past year."


The lack of prosecutions has come as no surprise to David Ford, who was the Justice Minister when the law was introduced.

"The challenge for police is how they actually produce evidence from what is, in effect, a consensual business relationship between two adults. There clearly is a lot of work that needs to be done to fight trafficking, but that is not the same thing," said Mr Ford.

"We need a more detailed look at the issues around prostitution rather than tacking on this one clause to a bill dealing with the more important issue of human trafficking."

The DUP's Lord Morrow, who pushed for the new law, said it is too early to judge how effective the law will be.

"Those of us who are legislators don't have any control over the PPS, however, we are expecting that there will be a change coming in the next 12 months," said Lord Morrow.


"I believe, as the police have already assured me, that this is a precious piece of legislation in the tool box which they will be using."

Lord Morrow said he has warned the PPS that questions will be raised if there are no prosecutions in the next 12 months.

"I can't tell the police what their priorities should be, but I believe they value the new law and they are keen to see the implementation and enforcement.

"I look to the PPS to do what they are supposed to be doing, and if over the next 12 months there is no change we will be talking to the PPS to ask them to explain the reason why," he added.

One sex worker in Belfast - Catriona - told the BBC that the new law has put her at greater risk.

"I'm not surprised there have been no prosecutions as it was always going to be difficult to get the evidence.


"My clients are aware of the law and if anything it has left sex workers at greater risk, as it is harder to scan our clients," she said.