NPP elections: Is the NDC learning anything?” - Dr. Lawrence writes: 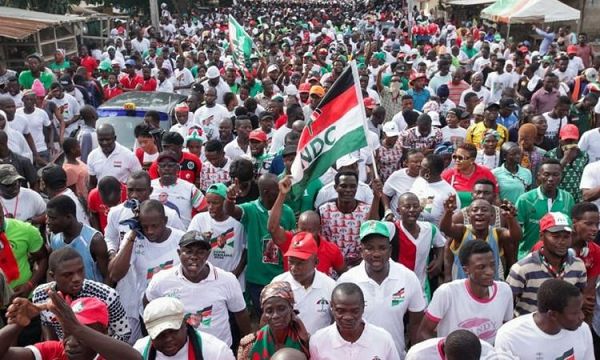 It may seem too early to talk about election 2024, but as soon as NPP holds its Regional Chairmanship contest, any matured politician can predict what is ahead of the country in the next General Elections.

When the rigging, abuse of power and vandalism happened during their constituency elections, some of us thought the NPP was going to have a more matured, incident-free and fair elections but as usual, they proved us wrong. They rather increased the tempo of the rigging and every bad thing about elections and democracy.

Based on what happened during their Regional Chairmanship contest, one can easily predict what will happen during their National and Parliamentary Candidates contest. If no one dies or seriously injured during the flag bearer-ship contest, I will stop writing. This is the NPP. They never change except their name.

I am sure the NDC and Ghanaians in general, witnessed the evil nature of the NPP during their own internal elections. They contested each other as if their opponents were from different planets. That was a rehearsal to the 2024 elections, and I don’t need to tell you.

The NDC and Ghanaians should embrace the obvious that the 2024 elections is going to be a Do or Die affair.

The NPP will never want to give up power just as their incumbent chairmen did and Ghanaians will not allow the NPP to continue to destroy the country.

NDC should be prepared for such a fight by electing their executives who will not let them down.

NDC should elect executives who will be seen on the battlefield and ready to shout “let’s goooooooo” The battle for 2024 is definitely not going to be for the inwardly cowards and outwardly brave. NPP has elected their brave men and women for election 2024 and NDC should do better than that.

And with the NPP retaining their Chairmen in Ashanti and Greater Accra, NDC has a greater opportunity to take more seats from these regions and increase the votes for its Presidential candidate.

This is a golden opportunity for the NDC, it is yet to be seen if they will take it. The ball is in the hands of the NDC voters, and those who will be elected.

To conclude, did anybody see the NPP’s Invincible Forces visibly on the ground? Yoooooooo.