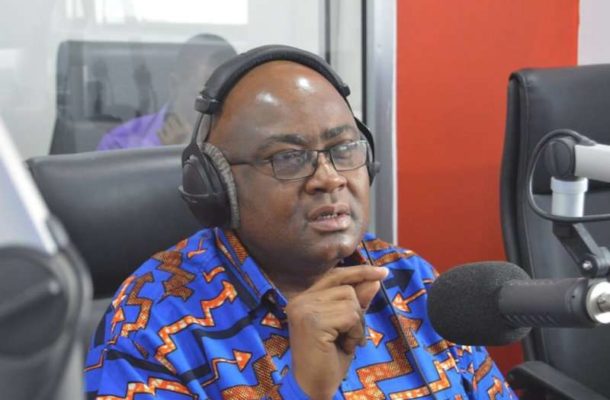 Renowned Ghanaian pollster, Ben Ephson, has alleged that the seat of Government, the Jubilee House is massively supporting one of the candidates of the National Chairman position in the upcoming New Patriotic Party (NPP) internal elections.

According to him, the upcoming internal elections of the NPP will be a tough one since the presidency has shown interest in the elections by openly endorsing Alhaji Short for the Chairmanship position.

Speaking in an interview on an Accra-based radio station, the Editor of the Daily Dispatch newspaper said; “The presidency definitely has an interest in the elections. As we speak, we all know that the presidency is supporting Alhaji Short.”

Touching on the on-going feud between two of the front runners in the National Chairman race, Stephen Ntim and Alhaji Short,  Mr. Ephson indicated their colleague aspirant Freddie Blay, will be the benefactor.

He said; “Alhaji Short and Stephen Ntim are also feuding, and, so, that feud will benefit Freddie Blay. Freddie Blay is now going to campaign on the heels of the misunderstanding between Ntim and Short.”

Supporters of Mr Ntim and Alhaji Short have been at each other’s throat as part of their struggle for power within the governing party.The NPP is gearing up to elect its national executives who will steer affairs of the party for the next four years. The party over the weekend elected some of its regional executives.