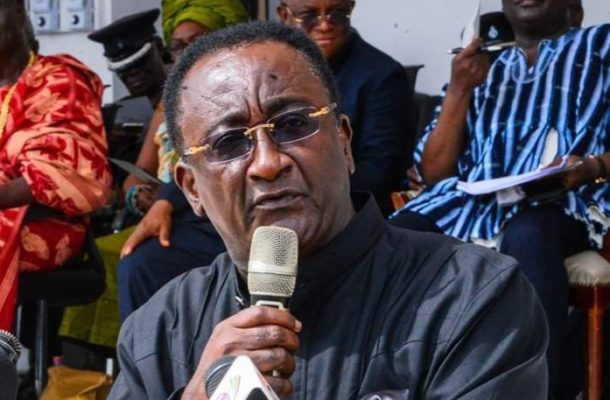 Events characterising the New Patriotic Party (NPP’s) regional elections over the weekend can best be described as “epic”, “exhilarating”, and a true “clash of political titans” battling for the people’s mandate to deter affairs for the next four years.

The surprises, gaffes, shocks and victories that characterise elections of this kind were ever present and, in some cases, heightened in some of the regions, especially as the official results were being announced.

As predicted earlier, it was no wonder that the “Akoto effect” or better still, “the Akoto factor” resulted in massive victories compared to the other leading candidates sending more shock waves across the board.

Out of the 15 regions cleared for contesting the elections, pro -Akoto candidates were highly victorious across the country, whereas pro-Bawumia candidates dominated the Northern cluster made up of the Northern, North East, Savannah, Upper East, Upper West regions.


The dramatic defeat of first Vice Chair Nsenkyire, the Bawumia cheerleader in Ashanti, was a case in point. There was also the sensational victory of Ashanti regional Chairman, Mr. Bernard Antwi Bosiako (Chairman Wontumi) who defied all odds including huge attempts by top government and party people to remove him.

Interestingly, pro-Bawumia supporters failed in their attempts to bring down contesting Chairmen in Eastern, Volta, Bono, Oti, Western and Ahafo regions. Official results as at the time of this publication show a total of 7 regions controlled by team Akoto loyalists, with Oti and the Western region set to be confirmed in his favour.

These results are yet another big break for pro-Akoto loyalists as the campaign has carefully built up strong unmatched victories from the polling station, electoral area, constituency level and now at the
regional elections.

From our ongoing research, it is clear that Dr. Owusu Afriyie Akoto has and still is disrupting agendas and causing a massive shakeup in the ongoing internal elections of the NPP.

As the dust settles over this weekend’s galore, competing frontrunners are reminiscing over the “true results” of the elections but rather than concede, they are urging their supporters on with assurances of victory.

It is no wonder that certain names have been splashed across the various news media and online outlets in a bid to drown out the real winner(s) of this weekend’s contest.

However, in true political style, team Akoto is unwavering, rather focused on the big picture; reorganising the party from the grassroots level up to capture and retain political power.

It is safe to analyse from our findings that team Akoto has once again broken the jinx and comfortably secured a “good” win in NPP’s regional elections.

The ingenuity of team Akoto has revitalised the term “fear delegates” in the hearts of the top contenders in the race placing them on tenterhooks.

It has become apparent that team Akoto’s level of dynamism, electioneering tactics and political strategy is unmatched in the current political terrain. And as predicted, the grassroots, are strongly advocating for a new kind of leadership in the party, one which will be delivered by team Akoto.

In the next round of elections which will be at the national level, we predict that the news will be no
different. Team Akoto candidates will secure the votes of party delegates to steer affairs of the party for the next four years, including deciding on who becomes the flag-bearer of the party.

Till we get to that ultimate crescendo, It’s still team Akoto all the way.

By: Nana Kojo is an independent researcher based in Ghana.