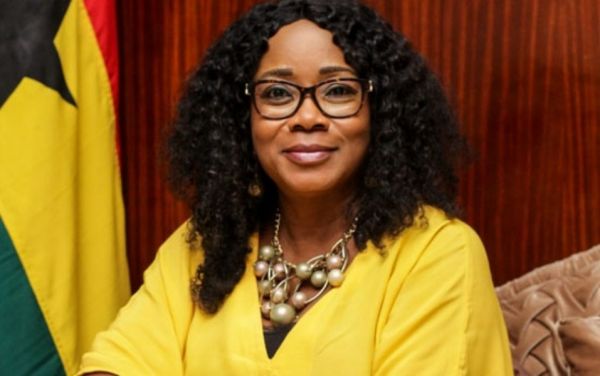 Mrs Cynthia Mamle Morrison, the Member of Parliament for Agona West, has called on supporters of the New Patriotic Party (NPP) to eschew politics of insults, vindictiveness and internal wrangling to ensure peace and stability and help the Party clinch victory in 2024.

She said it was important for party faithful to refrain from hatred and other acts, which could tarnish the image of the party, and rather pursue unity and mutual understanding to strengthen it at the grassroots.

Mrs Morrison, also the former Minister of Gender Children and Social Protection, said this at the swearing-in of 25 members of the Council of Elders, Patrons and Disciplinary committee members of the Agona West Constituency at Swedru in the Central Region.

Article Seven of the NPP Constitution stipulates the swearing-in of the Council of Elders, Patrons and Disciplinary committee members after the election of constituency executives.

She called for constructive criticisms rather than insults to foster a united front to help “break the eight.”

Mr Kenneth Quansah, the Central Regional Youth Organiser of the NPP, urged the Council of Elders, patrons and disciplinary committee members to work within the confines of the law and ethics of the Party to enhance peace and stability.

He called on the top hierarchy to adequately resource the youth to ensure they worked harder to achieve the party’s objectives.

“Breaking the eight is possible, doable and achievable but it requires unity and cooperation among supporters to win the presidential slot and majority seats in parliament in 2024,” he said.

Alhaji Gibril Tanko, the Agona West Constituency Chairman, expressed the hope that those sworn in would work hard to meet the supreme interest of the NPP.

Mr Samuel Kingsley Eduful, the Chairman of the Council of Elders, gave the assurance that they would work to promote peace and unity.

Mrs Mercy Asante, Chairperson of the Council of Patrons, called for healthy competition in order not to drive away floating voters.