NPP Youth go on rampage, chase out GHA workers as they launch an attack on office 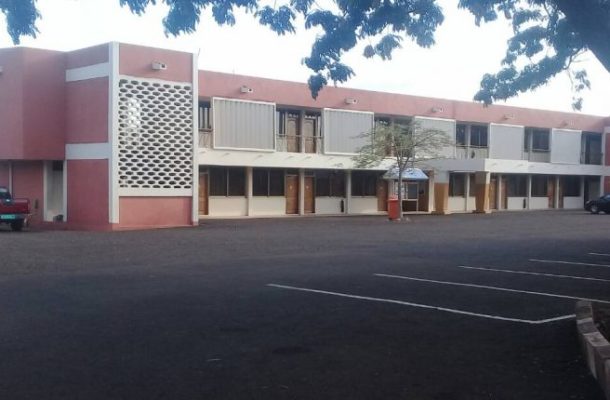 The Northern Regional office of the Ghana Highways Authority on Tuesday came under attack when some youth group affiliated to the New Patriotic Party(NPP) attacked the directorate over claims that road contracts have been awarded to NDC contractors.

A secretary to the director, Alberta Akorogo who spoke to Starr News stated that an unknown man entered the premises and asked to see the director but he was informed that the director was in Accra for a meeting.

According to Madam Akorogo, the man left only to return a few minutes later with a group of violent people with weapons who assaulted her and other workers of the Highways authority.

She stated that the group claimed that the Highways authority was only awarding contracts to NDC members while NPP members in the region hardly get any contract.

The group allegedly scattered office documents and some very important files after they forced their way into the main offices.

Madam Akorogo was rescued by her colleagues, but Starr News’ Northern regional correspondent Eliasu Tanko reports that the secretary was rushed to the hospital for treatment.

The workers, according to her, had to flee for their lives after the group became agitated and more aggressive.

The workers at the directorate claim that this is not the first time that such an attack has occurred but nobody has been arrested yet. The workers are demanding immediate protection from the security services or will not report for work on Wednesday.

The attack comes weeks after the former regional chairman of the NPP Bugri Naabu admitted sanctioning an attack on a contractor working on drainage in the region claiming that contractor was an NDC member.