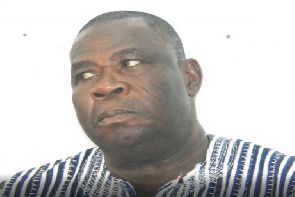 According to the Northern Regional Police Public Relations Officer (PRO) ASP Ebenezer Tetteh, Mr Naabu turned himself to the police after he was invited for allegedly making inciting comments on a campaign platform.

He subsequently reported on Saturday morning at the station in the company of other regional executives but granted bail after he was cautioned and a statement was taken from him.unity-walk-banner2

“I can confirm to you that indeed Bugri Naabu reported himself to the police today and was cautioned for causing fear and panic. A statement was taken from him and was also asked to report periodically to the police whilst investigations are ongoing. Someone stood surety and he was granted the bail”, he told ultimatefmonline.com.

It would be recalled that Daniel Bugri Naabu has stated that the party will deploy heavily built macho men to every single polling station in the region to police ballot boxes on voting day.

The move, he said, is to prevent a repeat of the “naked thievery” that characterized the 2008 and 2012 elections respectively.

According to him, Ghanaians never intended to change the NPP government but the NDC, through electoral theft, averted the will of the people.

Mr. Naabu who was addressing a rally at Savelegu at the campaign of the party’s parliamentary nominee, Mohammed Abdul Somed Gunu Saturday said the NPP will protect the sanctity of the election through its deployment of the 40 well-built men.

“Members of Kukurudu, my brothers and sisters greetings to you all for the massive turnout; this means that the election is won already but what I have to tell you is that you know the NDC, they know how to steal. They stole in 2008 and snatched it from us in 2012. So I beg you my elders what I have for the youth is that this year’s election if care is not taken they will steal again,” he said.

“So on December 7, get some young and strong men about 40 to guard the box and if the thieves come to snatch away the boxes break their legs. You were witnesses to the Supreme Court ruling; would you allow them to steal again? If they steal again we are dead so this one is do-or-die. Don’t agree! If they are not afraid of guns and cutlass we are also not afraid,” added Naabu