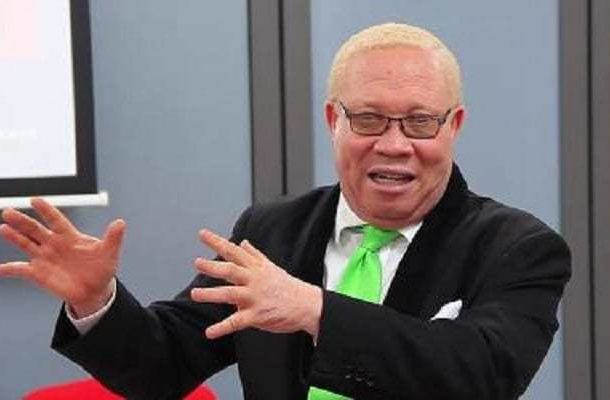 A senior lecturer at the Ghana School of Law, Moses Foh Amoaning, has blamed Westernisation for the rate of nudity, especially among young women in the country.

Speaking in relation to the incarceration of actress Akuapem Poloo for posting a nude picture of herself and her son online, he told Kwabena Bobie Ansah on Accra100.5FM’s Citizen Show on Saturday, 17 April 2021, that such acts of nudity occur because people copy blindly from the West where “moral standards have fallen”.

He also indicated that such acts, aside from being unlawful, are against the culture and tradition of Ghana.

He noted that the “slay queens” are the main culprits of the Western practice.

“What the slay queens have been doing on the internet by emulating Western culture to expose their bodies is not a good thing,” Mr Amoaning said.

Describing the act as “criminal” and punishable by a jail term of between three months and three years, Mr Amoaning stated that what Akuapem Poloo did was unacceptable.

“To dress and expose parts of your bodies and walk around is not right but taking a picture of such nature and splashing it on social media and even involving your son, who is a minor, is extreme”.

An Accra circuit court on Friday, 16 April 2021, sentenced Akuapem Poloo to the three-month jail term for the publication of nude pictures with her son.

She posted the pictures on Instagram in June last year on the occasion of the boy’s seventh birthday.

She pleaded guilty to all three charges levelled against her.

The ‘Sexy Poloo’ singer was slapped with three charges of “publication of obscene materials, engaging in domestic violence, conduct that in any way undermines another person’s privacy or integrity and engaging in domestic violence namely conduct that in any way detracts or is likely to detract from another person’s dignity and worth as a human being”.

Commenting on the state of trauma her son will have to go through, Mr Amoaning noted that “if Akuapem Poloo had not put out the picture she wouldn't have to be punished to traumatise her son”.

Mr Amoaning, therefore, hoped that the actress will be reformed and preach against such acts, after serving her jail term.

He further called out musicians for propagating profanity in the music industry as portrayed in their music lyrics and videos.