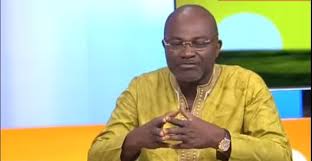 Member of Parliament for Assin Central in the Central region Kennedy Agyapong has revealed that, the Editor in Chief for the New Crusading Guide, Abdul Malik Kweku Baako is a hypocrite for aiding Anas in interviewing President Akufo Addo.

According to the outspoken MP, although Kweku Baako knows well that, President Akufo Addo is innocent, went ahead to ask investigative journalist Anas Aremeyaw Anas to interview the president over the Number #12 exposé.

He further added that, the Senior journalist actually participated in the interview Anas had with President Akufo Addo saying he has taken advantage over the relationship between him and the president to betray him.

“Kweku Baako has betrayed Akufo-Addo. He took Akufo-Addo for granted because of his relationship with him and asked Anas to interview him when he knew Akufo-Addo is clean. Kweku Baako is neither honest nor is he a saint.”

“He actually went with Anas to interview the president. I can categorically state that he was the one who held the gadget to record Akufo-Addo. I wonder what his motive was”.

Ken Agyapong made the allegation while speaking on Adom TV morning show Badwam.

Kweku Baako has however dared the MP to go ahead and do his worst if he has evidence to back his claims.