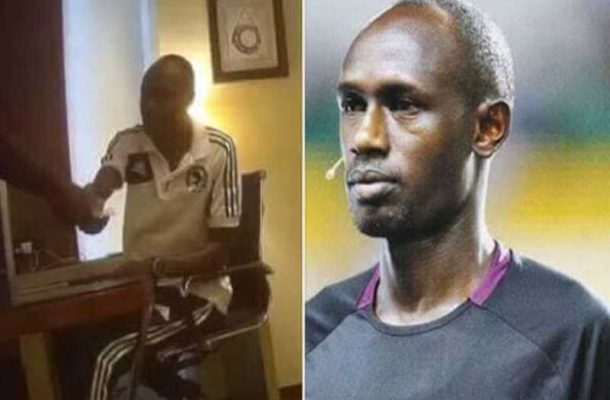 Disgraced FIFA rated world cup referee Aden Marwa has maintained a low profile and shunned media interview as he goes back to his teaching job in Migori county.

Marwa, Kenya's celebrated referee who was set to be among those to officiate the 2018 FIFA World Cup in Russia but was dropped after he was caught on the latest investigative piece by celebrate Ghanaian journalist Anas Aremeyaw Anas ‘receiving a gift.”

The 42 year old was until the release of the documentary a Fifa Coucnil member and a World Cup-bound referee.

The exposé dubbed ‘Number 12’ saw the Confederation of Africa Football (CAF) on Sunday handing Marwa and others a life ban from the game and other football-related activities.

The teacher has maintained his silence even after the two referees accused alongside him, Gambian referee Ebrimma Jallow and Ghana Football Association president Kwesi Nyantakyi, owned up and apologized.

But Marwa declined to talk to the media refusing to pick calls.

He has also instructed his family and relatives at his Kehancha and Nyamtiro homes in Kuria East not to welcome any visitors.

CAF's Disciplinary committee found Marwa guilty of match-fixing after he was captured on video receiving a US$ 600 (Sh60,000) bribe in a BBC expose in early June.

Ten other referees were handed different bans of between two to 10 years while 11 were provisionally suspended pending their appearance in front of the board on August 5.