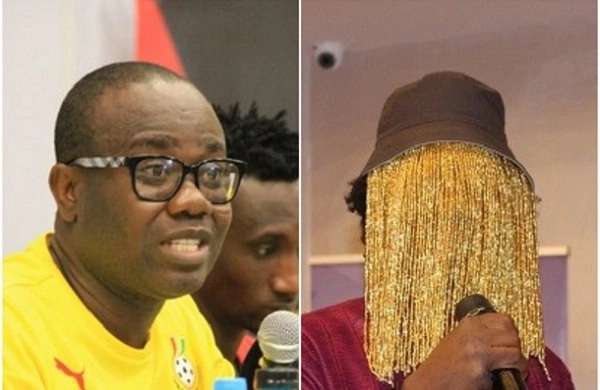 The Head of the Ghana Football Association (GFA), Kwesi Nyantekyi could serve up to 25 years in prison if found guilty of the “defrauding by false pretenses” charge leveled against him.

President Nana Addo ordered for his arrest yesterday after the Ghana FA Capo was found to have peddled in all forms of corruption including defrauding by false pretence using the name of the President.

His latest film dubbed ‘Number 12’, which is yet to be screened publicly, is believed to be containing incriminating evidence which shows Nyantekyi took money from people and promised them that he will "give the President of Ghana some of it" and also guaranteed them access to Nana Akufo-Addo.

(1) A person who defrauds any other person by a false pretence commits a second degree felony.

(2) A person who by means of a false pretence or by personation obtains or attempts to obtain the consent of another person to part with or transfer the ownership of a thing by a false representation of acting in accordance with the instructions, orders or a request of the President or member of the Cabinet, commits a second degree felony under subsection (1) and is liable to a term of imprisonment of not less than ten years and not more than twenty-five years despite section 296 of the Criminal and Other Offences (Procedure) Act, 1960 (Act 30).

Kwesi Nyantakyi who is reportedly in Morocco will be touching down today and then head directly to the police to report himself.